Data from Nevada Secretary of State Barbara K. Cegavske’s office shows Biden holding a 49.3% lead over President Trump, who has 48.7% of the votes. Biden’s lead is currently less than 8,000 total votes.

Nevada’s Election Division said early Wednesday morning that there would be no more “election results updates until 9:00 am on Nov. 5.” 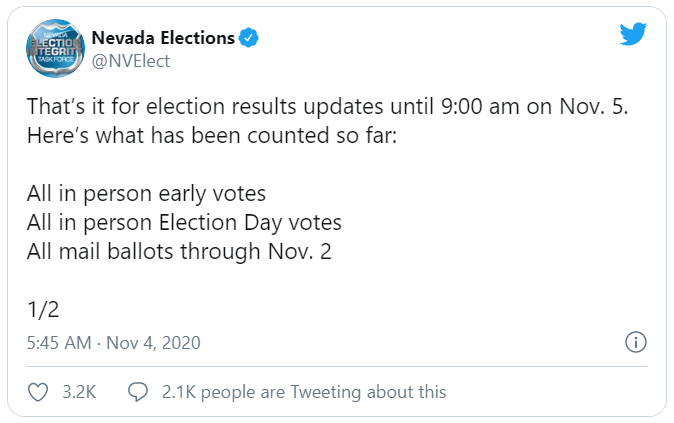 Nevada has six electoral votes that are at stake in the race.

Clark County and communities around the Las Vegas Valley have overwhelmingly voted in favor of Biden, early returns indicated. Washoe County and the Reno, Nev. area are also favoring the former vice president.

The presidential race in Nevada has yet to be called as of Tuesday night.

This is a developing story.