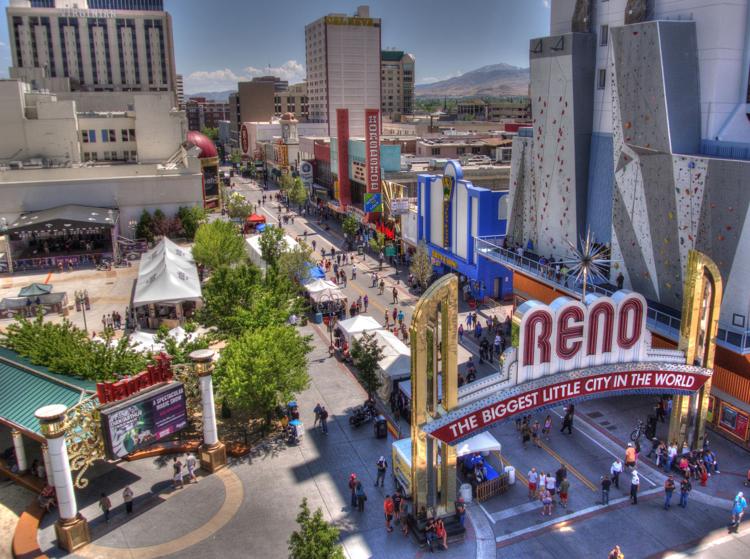 Senate Bill 11 would create a “supplemental government service tax” of $0.01-cents per $1 of value of a vehicle registered in the county. Funds generated by the tax would pay for road projects, public transportation services, and to local homeless service providers.

Nevada’s Department of Motor Vehicles estimates the new tax would collect more than $27 million over the next two fiscal years, according to the agency’s fiscal note.

The initial bill draft was submitted by the city of Reno, Washoe County’s largest city. While the legislation specifically pertains to Washoe County, the DMV anticipates other counties qualifying later as the state population changes.

The bill also specifically limits the ability of a local government to levy the tax in a case of emergency.

“It would allow us to take an existing source of revenue and apply it to an acute need of the moment,” he added.

One need Reno would address is the growing population of unsheltered homeless people in the city. According to the 2020 Point in Time Count (PIT), Reno now has 456 people sleeping rough on a nightly basis. That total has increased fivefold since 2017.

Opponents of SB-11 said the bill emphasized the cost burden to commercial oil operators in Washoe County. Fuel haulers that travel through the county are exempt from the statute, while fleets that don’t leave the jurisdiction are required to pay the additional fees.

Meanwhile, Reno’s gas tax is one of the highest in Washoe County. In 2008, voters approved ballot question RTC-5, which tied increases in gas taxes to inflation. Between 2011 and 2018, Washoe County’s revenue from gas taxes increased by over $6 million annually, according to the Regional Transportation Commission.

“Oil vehicles are very specialized and expensive. So if you take a vehicle with a value of $150,000 and add the tax onto that, the costs add up quickly for the business owners,” said Peter Krueger, Director of the Nevada Petroleum Marketers and Convenience Store Association.

Meanwhile, Senate Bill 73 would authorize Reno’s City Council to recommend “the imposition of certain taxes or reallocation of certain tax revenue” to fund natural resources projects in Nevada, according to its text.

According to the DMV’s fiscal note, the bill could bring in $34 million over a two-year period. If approved, it would be submitted as a ballot question in Reno during the 2022 elections.

Wilsey described the bill as a culmination of one of Reno’s largest public engagement efforts during the writing of its 2017 Master Plan. The overwhelming response from city residents was to make Reno a place where outdoor activities can thrive.

Funding generated by the bill would go toward maintenance projects, making parks and open spaces more accessible for residents, and creating more interconnections between spaces.

“Our motivation is to really protect Reno’s natural resources, which are so vital in our community,” Wiley said.

Several Reno residents, including the local chamber of commerce, said the tax was wasteful.

Nick Vander Poel, a commissioner on the Reno-Sparks Chamber of Commerce, said the bill offers little conciliation that the funds will be spent appropriately.

“We applaud the city of Reno for thinking outside the box, but the main concern we have is that the finds will enter the general fund, and then there is no transparency to ensure they are spent appropriately,” Vander Poel said.