Boomers’ Sad Overall Legacy to Children
Ron Knecht
(Ron Knecht) – This is my final column on the sad legacy we Boomers are leaving our children. 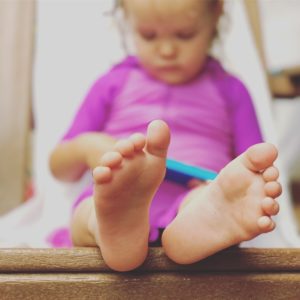 The first one defined the public interest as mainly maximizing economic growth.  That piece and the next showed that the economic policies, practices and institutions that maximize growth also promote fairness among individuals.  They also debunked obsessions with income inequality.  The third part focused on the 21st Century revival of progressivism and statist liberalism, plus the addition of political correctness (PC).
Here I offer directions for some solutions.
A dozen years ago, a friend who taught at a northern Nevada high school balked at the progressive dogma his school tried to enforce on his teaching and students.  He was a strong advocate and good teacher of the principles of the American Founding, and he fought the move to de-emphasize that essential information in favor of progressivist advocacy.
The ideologues in his department and school administration decreed that students’ study of the Founding period in eighth grade gave them all they need to know about that history and the principles that should and somewhat still do shape our lives and society.  He pointed out that eighth grade history mostly covers events and glosses over the meaning of the Founding.
Their diktat to him was: Tell them the North won the Civil War and go from there to emphasize the rise of progressivism and its progeny, the New Deal, the Great Society and the PC of the late 20th Century as “reforms” that govern us now.  He complied, but the administration and teachers union had already decided he was a heretic who should be drummed out.
And so he was.
The Boomer generation decades ago took over academic history, humanities, social sciences and journalism as acolytes of progressivism, statist liberalism, the administrative state and PC.  They not only seized control of our colleges, universities, press and many other institutions, but also middle and high school teaching in those areas.
So, today many students emerge from public schools steeped in this radical destructive dogma and wholly innocent of American Exceptionalism and the reasons for it.  With reinforcement from all directions for their ignorance and extreme erroneous views.  Now, everyone gets a trophy for participating, plus trigger warnings, safe spaces, their own set of facts and the power to dictate to the deplorables who don’t agree with them.
Our politics are now dominated by catastrophe predictions such as the phony population bomb that’s now debunked by the real population problem: declining fertility and the prospect of the U.S. and worldwide population implosion.  Also, the predictions of catastrophic global warming causing great sea level rise and other disasters.  Plus obsession with ill-defined “sustainability.”  And the embrace by most politicians of crony capitalism and the dominance of politics by public employee unions.
So, how to remedy the mess we’re in?  We can start by remembering the basics.
The following are important for growth and fairness: the rule of law; constitutionally limited government; separation of powers between national, regional and local units; separation of functional powers at each level of government; individual sovereignty and personal liberty; individual rights, not group rights; strong property rights; and high levels of economic freedom.
The first thing that would revitalize our economy and society, make them fairer and leave our children the kind of legacy previous generations left us is to restore the rule of law.
President Woodrow Wilson said: “All that progressives ask or desire is permission – in an era when development, evolution, is a scientific word – to interpret the Constitution according to the Darwinian principle; all they ask is recognition of the fact that a nation is a living thing and not a machine.”
Besides stating the essence of progressive jurisprudence, this statement shows key mistakes in progressive thinking.  Namely, analogies and glittering generalities don’t constitute a coherent argument.  Progressives asserted the Founding principles were obsolete and judicial reinterpretation of the Constitution should replace them.  The last century has proven that a disaster.
So, let’s start by restoring originalist jurisprudence.  Which also means dismantling the administrative state and identity politics.  Then, let’s move to reining in public spending, taxes and debt, and ending collective bargaining with public employee unions.  And massive education reform.
Prev postNext post
Related ItemsChildreneconomic growthRon Knecht
Opinion
Ron Knecht

Ron KnechtOctober 23, 2021
Read More
Scroll for more
Tap
Mueller Exactly The HACK His Supporters Said He Wasn’t
To Paraphrase Michael Corleone, What Better Consigliore Could I Have Had?