Bush hires Nevada campaign operatives ahead of visits to state 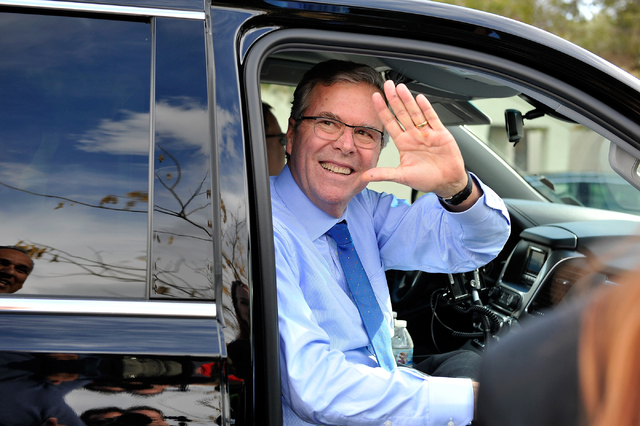 The hiring of Ryan Erwin as an adviser and Scott Scheid as the campaign’s state director signal that the former Florida governor is serious about winning swing state Nevada. The Silver State is one of four early voting states after Iowa, New Hampshire and South Carolina. Winning here could provide campaign momentum, especially in the West.

Mitt Romney in both 2008 and 2012 hired Erwin and his company, Redrock Strategies, and twice won the Nevada GOP caucuses with more than 50 percent of the vote. He went on to lose the White House to President Barack Obama in 2012.

Erwin also is a top adviser to U.S. Rep. Joe Heck, R-Nev., who is in his third term from the 3rd Congressional District, a battleground about evenly divided between registered Republicans and Democrats.