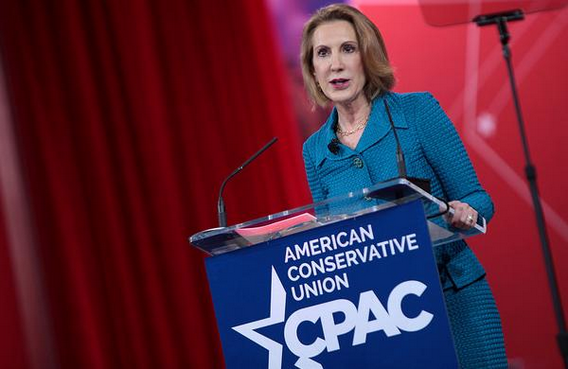 (Americans for Tax Reform) – Carly Fiorina, a candidate for the presidency of the United States, has signed the Taxpayer Protection Pledge to the American people.

The pledge is a written commitment to the American people to “oppose and veto any and all efforts to increase taxes.”

Previously, Fiorina signed the Pledge as a U.S. Senate candidate from California in 2010. “Carly has a long history of supporting and defending taxpayers,”said Grover Norquist, president of Americans for Tax Reform.

In 2012, all candidates for the Republican nomination for president signed the Taxpayer Protection Pledge, with the lone exception of former Utah Gov. Jon Huntsman.

“By signing the Taxpayer Protection Pledge to the American people, Carly Fiorina continues to protect American taxpayers against higher taxes,” said Grover Norquist, president of Americans for Tax Reform. “Fiorina understands that government should be reformed so that it takes and spends less of the taxpayers’ money, and will oppose tax increases that paper over and continue the failures of the past.”

The original version of this article was published at www.ATR.org.

Americans for Tax Reform is a non-partisan coalition of taxpayers and taxpayer groups who oppose all tax increases. For more information, please contact Katie McAuliffe at kmcauliffe@atr.org or visit its website at www.ATR.org.