Christmas Memories Through the Years 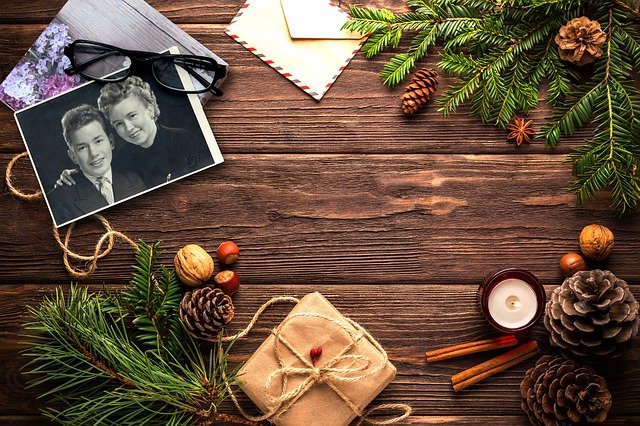 The Perfect Wife and Awesome Daughter urged me to write a Christmas memories column.  Most of mine are unexceptional, but maybe these items can bring some cheer to end an otherwise dreary year.

In my first Christmas memory, I was seven years old.  I got a felt cowboy hat, two-holster gun belt and twin cap pistols.  Cowboys were the big thing then for little boys, and I was in Hopalong Cassidy/Wild Bill Elliot/Lone Ranger heaven.

One of my uncles who had a churlish streak – most of them did – spent the evening challenging me to quick-draw contests and winning all of them.  I was pretty frustrated, but learned the lesson that The Establishment always wins, even if it has to cheat.  He was, after all, merely raising his index-finger and saying “bang” while I had to get my pistol out of my holster, aim and fire.

A seven-year-old boy today who brought his cap-guns to school would be suspended or expelled and would get his parents in trouble.  Social change isn’t always progress.

A few years later, my brother and I got matching Schwinn 26-inch bikes with baskets.  This was also heaven, because we were now mobile, a fact that changed our lives greatly for the better.  It was a marvelous act of generosity by our parents who could not really afford such extravagances.  Thanks, Mom and Dad, for blessing us this way, as well as many others.

And I’m sorry that a few years later we painted those beautiful metallic red bikes a hideous dark dull green.  However, we both learned our first lessons about things mechanical.

Later, my parents splurged again, getting me the top-of-the-line transistor radio I desperately wanted.  It was the size of a small pack of cigarettes and made a boy of twelve feel cool to have in his front pocket.  It was high quality and ushered me into the modern era of communications and rock-and-roll before disappearing into the mists of time.

A year and a half ago, my brother brought out its original box with the radio, accoutrements and instructions all packed neatly as new, but now quite weathered by time.  It no longer works, but is a treasured memento.  Thank you, Tom.

Kids get Christmas gifts.  In high school, college and young adulthood, people cultivate and remember experiences as gifts.  And emphasis moves from receiving to giving.

In college, I took my first plane ride with a girlfriend and went skiing for the first time.  Later, another girlfriend got an annual gift from me of a poinsettia in Atlanta.  She said Christmas couldn’t begin at their home until my poinsettia arrived.

I had an MG-B in my twenties and took my little sister and brother skiing a few Christmases.  Lisa sat in front.  Brent was stuffed into the back compartment above the batteries; sorry.

Also in those days, as I drove three hours from Urbana to Belleville for Christmas, I would think about what I had achieved that year and how much better it had been than previous years.  And where I was going in life.  I was becoming an adult.

My other sister lived a few miles out of town and had a horse she let me ride a few Christmas mornings through the farms, woods and hills.  In two inches of snow and alone with my thoughts and dreams, those were some of the best hours of my life.  Thank you, sister Kathy.

In San Francisco in my thirties and forties, I made Christmas dinner for eight and then took everyone to the center box for the SF Ballet’s Nutcracker.  One year, the Ballet shifted the start time from eight o’clock to seven.  We got there at intermission.  My regrets to the Agnews and Kathy and her parents, especially because I had told everyone how great the first half would be.

In those days, we also spent some holidays travelling.  And skiing in the Sierra, especially because the traffic on the slopes was very light Christmas morning.

Since moving to Nevada, our Christmas kick-off has been family and friends watching It’s A Wonderful Life, one of my favorite films.  Tonight’s joy for Kathy, Karyn and me.

Merry Christmas to you.