The un-Grinch: Some Cheerful News for a Change
N&V Staff 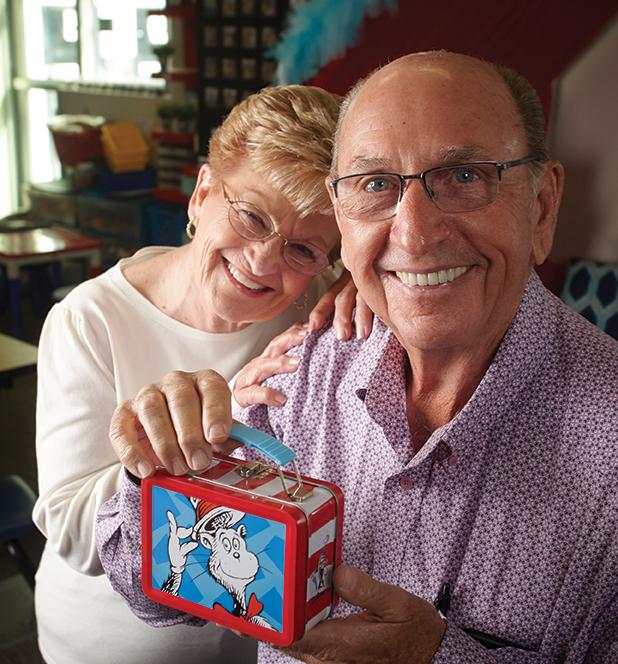 (Chuck Muth) – It’s become a cliché, but it’s true.  Not all heroes wear capes. And I’m proud to call a pair of them right here in Nevada friends.

Bobby and Sandy Ellis of Henderson are two of the finest people you’ll ever want to meet.  And for the past 15+ years they – and a special group of kind-hearted “elves” – have been brightening the holidays for thousands of less-fortunate kids in our community.

Take a read of this article from today’s Las Vegas Sun and commit to following Bobby and Sandy’s example by making this Christmas a little extra special for one person, one child or one family.

‘The kids need it so badly’: Henderson couple spreads cheer with gift giveaway

It was an organized warehouse of holiday spirit, with one new pair of shoes, two pairs of socks and one toy for every child at Martinez Elementary School. The shoes were the centerpiece, stretching the full length and then some of the stage.

“When you have a pair of shoes that don’t fit and have holes in them, you don’t want to go to school,” Ellis said.

Ellis doesn’t want to see children being bullied. What he wants is for them to know there’s somebody out there on their side.

Ellis and his wife, Sandy, longtime Henderson residents and noted philanthropists who have a local elementary school named for them, have been brightening the Christmases of kids at Martinez and other schools for roughly 15 years. They do it all directly, without fellow donors through a foundation or other organization.

The COVID-19 pandemic threatened to cancel this year’s gift drive, but Sandy urged Bob to pivot, adapting the giveaway from a presentation during a school assembly into a pickup parade.

“The kids need it so badly, and to take all that away from them, if it’s possible to (still) do it — it’s unthinkable,” Sandy Ellis said.

Martinez is one of about a dozen schools on the Ellis’ holiday circuit. They purchased 5,400 pairs of shoes directly from Skechers, 10,800 pairs of socks, and 5,100 toys from the Curacao department store for underprivileged students across Clark County, working with principals to get exact counts so that every child gets a package.

Bob Ellis estimated he spent about $465,000, mostly on the toys, socks and shoes, but also on checks for every school because he hates to see teachers paying out of pocket for classroom supplies.

Martinez special education teacher Rona Sumanga brought her son Thor Smothers, 8, who was even more excited to see friends in person Wednesday than he was to get a gift.

“Most of our kiddos stay at the shelter or they come from very low-income homes, so this means a lot to them,” she said.

Cars curved out of the school parking lot, onto Judson Street and then well back onto Fifth Street, while the walk-up line stretched about a block onto the nearby pedestrian bridge. Santa Claus, also known as Clark County District Court Judge Eric Johnson, strolled the lines wearing sleigh bells on his red velvet pants, reminding the kids hanging eagerly out of windows to be good and work hard.

His wife, Susan, also a District Court judge, was one of the many runners. She has worked these events with Bob Ellis as long as he’s run this program, since he was an anonymous donor at Whitney Elementary School in the east valley.

“Sen. Bryan once told me, you’ve got to give your civic rent,” she said, referring to the former governor and senator from Nevada. “I’m paying my civic rent.”

Hui-Lim Ang of the Las Vegas chapter of the Chinese American Citizens Alliance used to help hand-pack thousands of bags of snacks that would go along with the gift packages to help kids get through holiday break without school-provided meals. The snacks had to be suspended this year because of the pandemic, but Ang said she was hoping to create an alternative, and she was still helping give out toys.

“All of us can do something,” she said. “The difference is, are we willing to or not.”

The Ellises are more than willing.

The couple comes from modest beginnings. For one of his childhood Christmases, Ellis’ mother spray-painted a tumbleweed silver and decorated it with a garland of popcorn because the family couldn’t afford a tree.

When he and Sandy were newlyweds more than 50 years ago and living in Henderson when it was a distant community from a young Las Vegas, they resolved to support children’s charities if they came into money.

Ellis built on his father’s auto recycling and auction businesses, and added a successful towing company. He sold the business several years ago.

Over the life of his Christmas program alone, he estimates he’s spent $4.5 to $5 million.

Bob Ellis said there’s a lot of money in Las Vegas, and if everybody gave, it would be a better place.

In addition to the schools and individuals they help in all corners of Clark County and into Lincoln County, the Ellises donate to the Hope For Prisoners reentry program, St. Jude’s Ranch for Children in Boulder City, Giving Life Ministries, the S.A.F.E. House domestic violence shelter, Basic High School’s class for autistic students, and Nevada State College.

Sandy said they love children, and they want to help when they see parents struggling to meet their kids’ needs.

“They’re so precious, and that’s our future,” she said. “Thank God we can.”

For their part, several children brought thank-you notes scrawled in pencil and crayon.

Susan Johnson, in her red mask with a fluffy white beard glued on, swung by with one of them.

Pressed onto a rumpled sheet of notebook paper, in the crooked but earnest hand of a young child just learning to write, was “happy holiday to your family” and a couple of smiling stick figures from a girl named Melanie.

Bob Ellis tucked it into his shirt pocket, close to his heart.

“This is what makes us do it right here,” he said.

“In the bustle and rush of daily life, we sometimes forget how very much we have and how much we have to thank God for providing for things as beautiful as a winter snow or babies who will be seeing their first Christmas, seeing the wonder of its beauty in their eyes. And, yes, from the poorest among us to the most fortunate, we are all blessed.” – Ronald Reagan