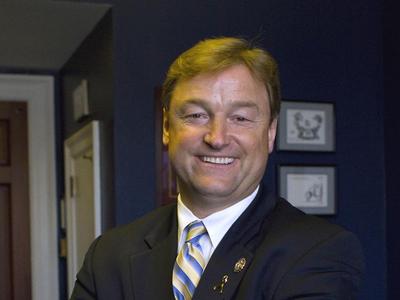 “For the first time, the U.S. Senate will have an opportunity to defund HUD’s utopian racial and income housing quotas, but it needs the support of Sen. Dean Heller.

“The AFFH defund has passed the House of Representatives for the past two years — led by Representative Paul Gosar — and has united the Republican conference, with supporters ranging from Representatives Pete King to Thomas Massie unifying the Conference.

“The federal government has absolutely zero role in local zoning policy, which only determines what can be built where, not who lives there. Yet that is exactly what AFFH presumes to tell local communities, that low-income, high density housing must be built in middle class suburban neighborhoods, because apparently having nice neighborhoods to live in is racist.

“HUD Secretary Julian Castro lied to Congress last year when he told a House committee that ‘This is not about changing zoning laws, planning laws — anything like that’ when, according to the Federal Register, AFFH directs municipalities ‘to examine relevant factors, such as zoning and other land-use practices that are likely contributors to fair housing concerns, and take appropriate actions in response’ as a condition for receipt of the block grants.

“This is absolutely about zoning, and the fact that the HUD Secretary tried to cover it up should give every Senator pause. Heller must act to let communities decide for themselves where they want to build affordable housing units without federal interference.

“The Obama administration unconstitutionally thinks the federal government can redraw every neighborhood in the country. It is up to Heller to draw a line in the sand and force President Obama to defend this program. This is a fight the Senate must win on behalf of the American people.”