A Tale of Two Conventions

The Nevada Republican convention in Reno was reportedly spirited, particularly over discussions on platform, but otherwise came off without a hitch.  Exactly opposite of what you would have thought was going to happen if you listen to many, but not all, in the media.

On the other hand, by ALL accounts the Nevada Democrat convention was a complete fuster-cluck, with Bernie and Hillary supporters suffering multiple meltdowns, physical altercations, verbal abuse and even some sort of “medical emergency” at the front of the chaos at one point.

Things were so bad that hotel security actually SHUT THE CONVENTION DOWN early out of safety concerns.

But remember: It’s the Republicans who are supposedly so torn over Trump’s nomination and, as such, can’t possibly win in November.

P.S.  Las Vegan Wayne Allyn Root is scheduled to appear on liberal Bill Maher’s “Real Time” show on HBO on May 27th to defend Donald Trump.  Also slated to be on the show: Bernie Sanders.

Should be quite interesting. 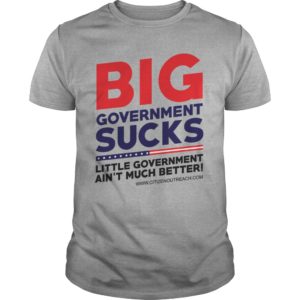 Personally, if the election were held today I’d probably vote for Tarkanian because it appears he has the best chance – based on money in the bank and polling numbers – to defeat Tax Hike Mike.  But conservatives can vote for any of the three with a clear conscience.

2.)  Similarly, in Assembly District 25, we have two Tax Pledge signers running against the GOP establishment’s hand-picked candidate.  So Citizen Outreach PAC is dual-endorsing in that race:  Jennifer Terhune and Kimberlie King-Patraw.

For the official 2016 Citizen Outreach PAC endorsement list of Nevada legislative candidates, all of whom have signed the Tax Pledge, click here

“They can try to hijack another party and get on the ballot, but, look, it’s a suicide mission for our country because what it means is that you’re throwing down not just eight years of the White House but potentially 100 years on the Supreme Court and wrecking this country for many generations.” – Republican National Committee Chairman Reince Priebus on Mitt Romney’s efforts to launch a third-party challenge to Donald Trump

“There’s no such thing as a temporary tax.  Politicians and special-interest mouthpieces who promise otherwise deceive the people who pay the bills.  Vote accordingly.” – Las Vegas Review-Journal editorial, 5/16/16