(Thomas Mitchell) – While Gov. Brian Sandoval’s revised tax hiking plan, hatched behind closed doors, warranted banner play in the Las Vegas newspaper today, Controller Ron Knecht’s public presentation of an alternative plan that spends nearly as much but raises no taxes got less than short shrift in the news coverage. It got no shrift. The only mention came in a liberal column pooh-poohing it as a waste of time.

Sandoval’s plan basically shifts his margin tax-lite business license fee to a margin tax-lite “commerce” tax. Either way it will require a two-thirds vote in both houses of the Legislature.

Knecht’s plan does not — although it takes a bit of sleight of hand to avoid the tax hike label.

During a couple hours in front of a skeptical Assembly taxation committee, Knecht outlined his proposal which would spend $6.9 billion instead of the $7.3 billion in the governor’s plan. He calls in the Budget Plan for Growth. Both increase education spending.

Knecht noted that relative to the economy, state revenues have grown 19 percent since 2008. “Our conclusion is: The state of Nevada has a spending problem, not a revenue problem,” he said.

The bulk of Knecht’s increases in revenue for the next biennium — $744 million — would come from requiring local governments to calculate what they would save if public employees paid more into their retirement system — 7 percent for most and more than 10 percent for public safety workers. Then the local governments would write a check to the state for that amount.

Knecht said this will move the local public employees toward parity with state employees, who contribute twice as much of their salaries toward retirement. It also could amount to big cuts in salaries if local governments can’t find other funds to cover that $744 million. The controller said the legislative lawyers say this is not a tax and would not need a two-thirds vote.

Knecht’s plan is not even in bill form, and the governor’s revision need to be written up in bill form.

The Budget Plan for Growth has the advantage of taking less of a bite out of the private sector, thus allowing economic growth, which would result in higher revenue generation for the state.

How many special sessions will it take to pass a budget? 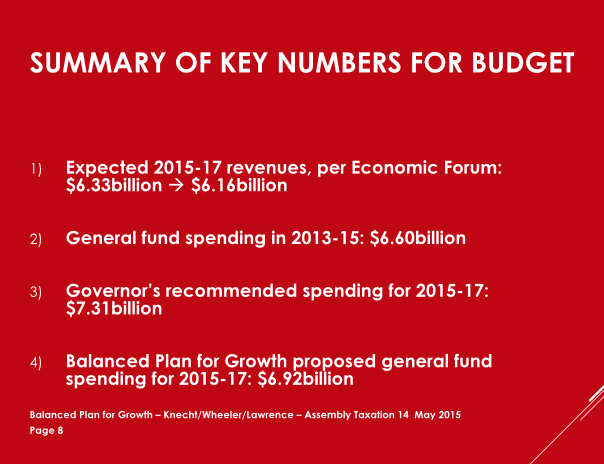 Here are key points in the BPfG proposal. The Economic Forum cut the estimated revenue because of all the tax abatements the governor was handing out to billionaires like Elon Musk and his Tesla battery plant. (Source: Thomas Mitchell) 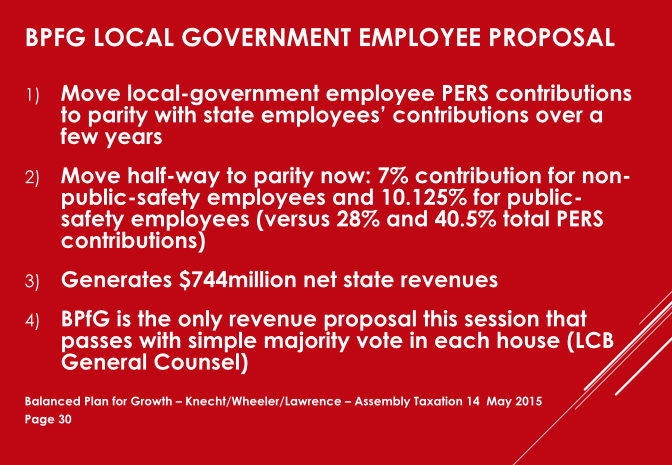 This is how BPfG brings in revenue. (Source: Thomas Mitchell) 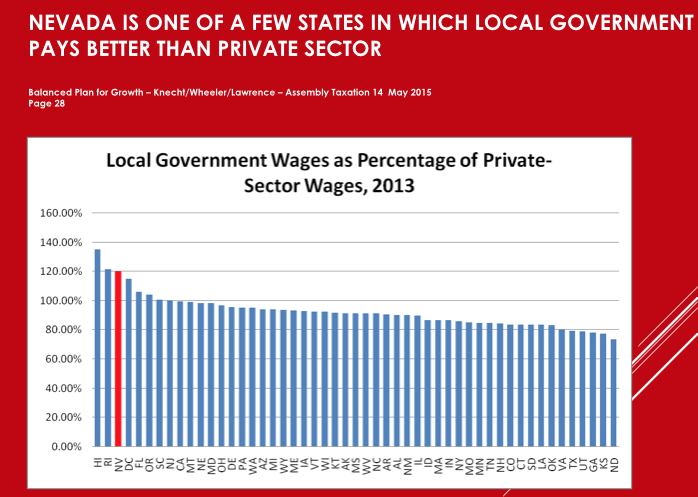 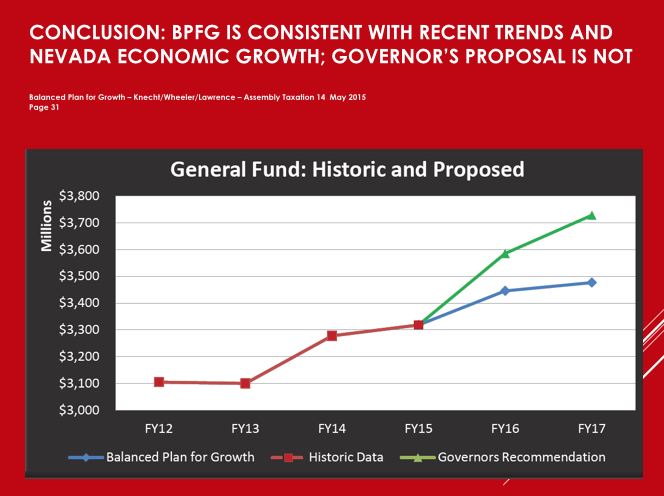