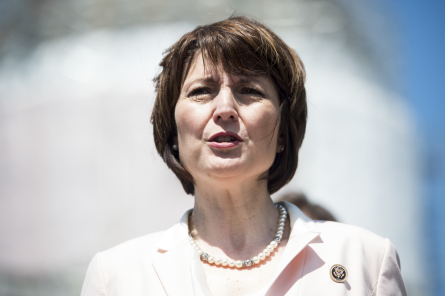 (Matt Fuller of Roll Call) – After months of delays, House Republicans passed a bill Wednesday that would prohibit abortions after 20 weeks of pregnancy — except in cases of rape, incest or threat to the mother’s life.

The bill, which passed 242-184 along mostly party lines, was pulled in late January after a number of Republican women protested a rape-reporting requirement, calling it insensitive to rape survivors who did not immediately report a sexual assault. Originally, the bill required that a rape be reported to law enforcement officials for women to be exempt from the 20-week limit. That provision was removed but, as a compromise, the bill now requires rape victims to receive counseling and face a 48-hour waiting period before getting an abortion after 20 weeks.

“This legislation is a dangerous and far-reaching attack on a women’s constitutional right to choose whether or not to terminate a pregnancy,” the ranking Democrat of the Judiciary Committee, John Conyers Jr., said Wednesday.