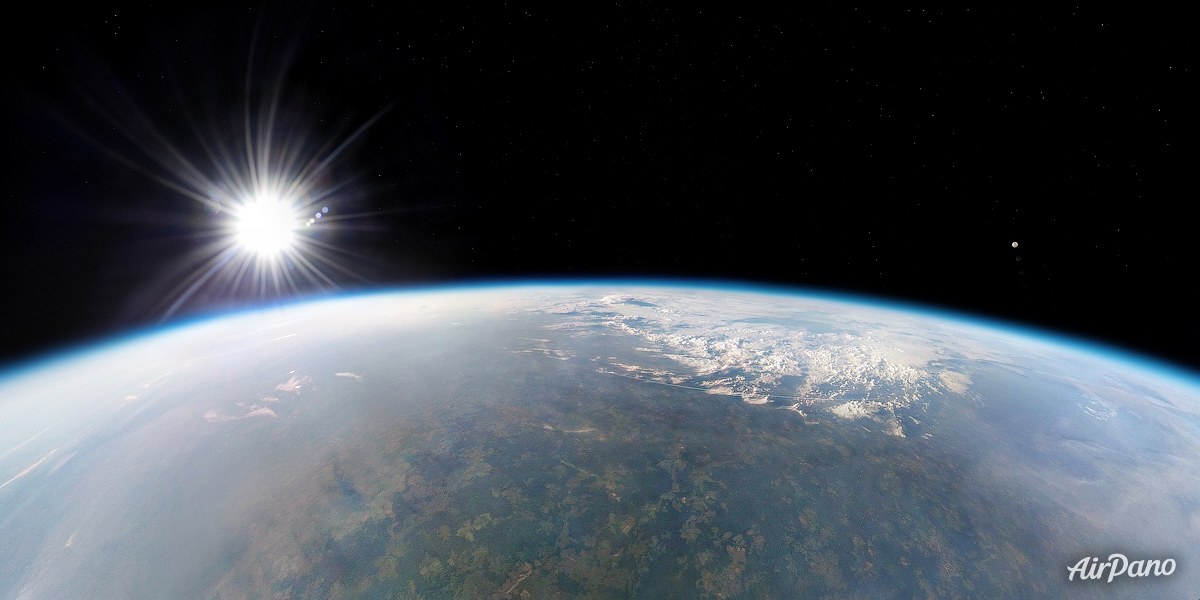 The Earth view from stratosphere, the height of 37 kilometers
Source: AirPano.com

(Ron Knetch) – At the Sundance Film Festival in January 2006 premier of his documentary “An Inconvenient Truth” Al Gore warned, “Unless drastic measures to reduce greenhouse gases are taken within the next ten years, the world will reach a point of no return.”  He said we were in “a true climate emergency.”

But Earth hasn’t warmed in 20 years.  Supposedly, 2015 smashed the previous temperature record, but actually it was only the third hottest year on record and maybe not close to the hottest.  Nor have there been more or more extreme weather events.  Nor has sea level risen 20 feet.  No ecological collapse.  There’s still lots of snow on Africa’s Mount Kilimanjaro and polar bears are plentiful.  All defying the alarmists’ predictions.

As climate scientist H. Sterling Burnett explains, “The big lie (about impending climate catastrophes) is built on a faulty premise that science can realistically trace the cause of modest recent warming of the earth primarily to human greenhouse gas emissions, and that from this we can confidently predict what the world will look like 50, 100, and 300 years from now.”

As award-winning climate scientist Richard Lindzen said, people “can’t believe that something so absurd could gain such universal acceptance.”

Perhaps the most famous ridiculous claim – fraud, actually – came in 2001 when the United Nations Intergovernmental Panel on Climate Change (IPCC) sought to replace settled climate history with the “hockey stick” graph.  That graph denied the long-recognized medieval warm period of 950AD to 1250AD and the little ice age of 1350AD to 1850AD, claiming that for 2000 years the average earth temperature graph had been essentially flat like the hockey stick handle.

The 20th Century, however, had seen a rapid rise in temperature, due to an increase in carbon emissions.  Like the hockey stick blade.  Ultimately, the hockey-stick thesis was so completely debunked by good scientists with sound data that the IPCC had to abandon it.

The academics who conjured up the hockey stick were found to have knowingly falsified the data in Climategate.  A treasure trove of inconvenient emails was hacked and leaked, showing their efforts to “hide” key facts and conspiracy to damage scientists who debunked their model.

Next, the Surface Station Project exposed the fact that 20th Century temperature readings from the vast majority of ground-based stations were artificially inflated by the urban heat island effect and from unjustified adjustments.  The readings from sea-based measurements were artificially adjusted upwards by researchers at the National Oceanic and Atmospheric Administration.

According to the book, “Hot Talk, Cold Science: Global Warming’s Unfinished Debate”, by world-renowned astrophysicist and climate expert S. Fred Singer and others, further findings by reputable climate scientists include that carbon-dioxide (CO2) has not caused temperatures or sea levels to rise beyond historical rates.  Also, global climate change has not harmed coral reefs.  And CO2 concentration increases across long time spans have followed rising global temperatures by 600 to 800 years, not preceded them as alarmists claim.

The book “Unsettled: What Climate Science Tells Us, What It Doesn’t, and Why It Matters” is to be published next month by Steven Koonin, who was chief scientist at the Obama Energy Department.  It shows that the problem is not only much weak science but especially the bastardization of all the science by the political and media classes, including the IPCC.

A Wall Street Journal reviewer writes, “You will come to doubt the usefulness of century-long forecasts claiming to know how 1% shifts in variables will affect a global climate that we don’t understand with anything resembling 1% precision.”

Koonin, Burnett and other reputable climate scientists recognize the limits to the computer models on which alarmists base many scares.  They (and I) also agree there has been slight warming since 1900 and there will be similar further warming this century from CO2 increases already baked into our atmosphere, but no runaway effects.

And wholesale abandonment of fossil fuels isn’t justified, but renewed reliance on nuclear power is.  Also, the warming so far has made the Earth greener.

So, don’t worry; enjoy Earth Day for many years to come.