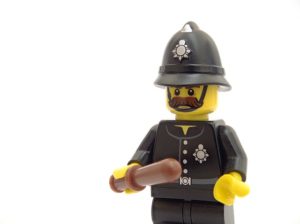 Nevada Attorney General Adam Paul Laxalt released a statewide resource guide to help law enforcement officers recognize elder abuse and explore their next step options. The guide provides information about crimes to consider when investigating elder abuse, neglect and/or exploitation, and deliver information to officers out in the field on local resources and information on how to access civil legal remedies.

In June 2016, the Office of the Nevada Attorney General applied for a competitive federal grant for enhanced training and services to combat abuse in later life. In October 2016, the Office was selected as the recipient for the Office on Violence Against Women first-of-its-kind pilot statewide program related to elder abuse, neglect and exploitation. Since then, the Office has been working with statewide stakeholders to improve knowledge, capacity and ability to serve Nevada’s elder victims of intimate partner and caregiver violence, sexual violence, exploitation, dating violence, stalking and neglect. As a part of this grant, this guide was created in order to provide information on recognizing signs of elder abuse, as well as provide options for accessing civil legal remedies, among other things.

“My office has worked to combat elder exploitation and guardianship abuse on many fronts,” said AG Laxalt. “I added sworn financial fraud investigators to my office staff using non-taxpayer settlement dollars, partnered with local prosecutors to file the largest criminal guardianship abuse case in Nevada’s history, and worked to raise awareness and provide training about elder exploitation with this grant. The resource guide was created to ensure Nevada’s law enforcement are equipped to recognize the signs of elder abuse, and provides them with information about available resources. The ultimate goal is to ensure that Nevada’s vulnerable elderly population obtains needed services no matter how they come in contact with state or local government.”

Due to Nevada’s rapid growth rate among the elder population, the Office of the Nevada Attorney General was the only grant recipient selected to focus on statewide efforts. Three Coordinated Community Response Teams were formed to assess and address issues of statewide concern, including teams in Clark County, Washoe County which includes rural Nevada communities, and a statewide team. The teams include members from prosecution, law enforcement, victim service providers, the Nevada Aging and Disability Services Division, the banking community, and the Inter-Tribal Council of Nevada.

Grant dollars are also earmarked for the provision of direct services to elder victims of domestic and sexual violence, stalking, financial exploitation and neglect. This grant also includes the formation of four training teams: two teams north and south that will focus on training local sworn officers. Each team consists of a law enforcement officer, a prosecutor, a victim advocate and an Elder Protective Services professional. The trainings will be held throughout the winter and summer of 2018. Two additional teams in the north and south will focus on training victim service providers, first responders, caregivers and guardians throughout Nevada. The victim services trainings are co-presented by a victim advocate and an Elder Protective Services professional and will be held throughout the State early in 2018.These teams use the knowledge gained and their experiences to train local sworn officers, judges, prosecutors and victim service providers throughout Nevada.