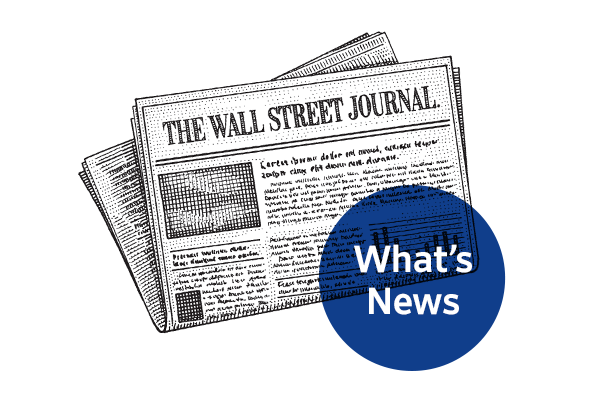 (Fred Weinberg) – My Sunday morning routine is not too different from any other morning.  My iPad has, among other news feeds, the largely liberal Apple News feed, the Wall Street Journal and the epaper app from the Las Vegas Review Journal.  I read the Las Vegas paper because the Reno paper is owned by Gannett which means it is a very liberal, almost news free, clone of McPaper also known as USA Today. (And McDonalds makes a much better cheeseburger than Gannett makes a newspaper.)

The piece was written by a Tarini Parti who the Journal hired in May and formerly wrote for Buzzfeed and Politico, two of the most leftist “news” outlets this side of Pravda.

But the Journal still has some standards so Ms. Parti had to add the following at the bottom of her story:

“The survey of 800 registered voters was conducted July 7-9. The margin of error was plus or minus 3.46 percentage points.  The same poll also found that 26% of surveyed Democratic primary voters supported Mr. Biden as their first choice for the party’s nomination, and 19% supported Ms. Warren. Ms. Harris and Mr. Sanders were tied in third place, with 13% each.  That part of the survey was conducted among 400 Democratic primary voters. The margin of error for that sample was plus or minus 4.9 percentage points.”

Waaaay back in 1985 we bought a radio station in Tulsa.  It was a legendary rocker which we intended to convert to a news and talk format.  We knew that the Arbitron ratings company would not be kind to us.  So, I asked them, politely, to delist us.  They said no.

Now, back in those days, your phone number was probably listed in a book they used to call a “phone book”.  And your area code and the three digit prefix pretty much told the world where you lived and from that you could create a reasonable sample in a town like Tulsa.

Today, you cannot even tell what country a phone number is actually in and phone books are a thing of the past.  I, as an example, have about 10 phone numbers but I don’t answer most of them in real time.

My solution was to offer $14.30 (our frequency) for each Arbitron diary I could buy.

They sued me for something like $480,000,000 under the Racketeering Influenced Corrupt Organizations act.

My response was racketeer, mousketeer whatever they wanted to call it they still couldn’t say with a straight face they were delivering a valid survey and let’s let a Federal Court jury decide.

That they didn’t want.  They didn’t want to litigate the validity of their surveys.  They just wanted to sue me into bankruptcy.  I hung tough because you couldn’t convince a fifth grader that measuring a thousand people would accurately reflect a million.

Keep this in mind.

The clowns doing this “poll” Ms. Parti wrote about are among the same clowns who said Hillary was going to win by seven points.

I have my own method of polling.  I talk to people in all sorts of places.  My unscientific poll says that these clowns have learned NOTHING from 2016.  And boy, are they going to be shocked in November of 2020.