Ex-felons now have voting rights in Nevada
The Center Square 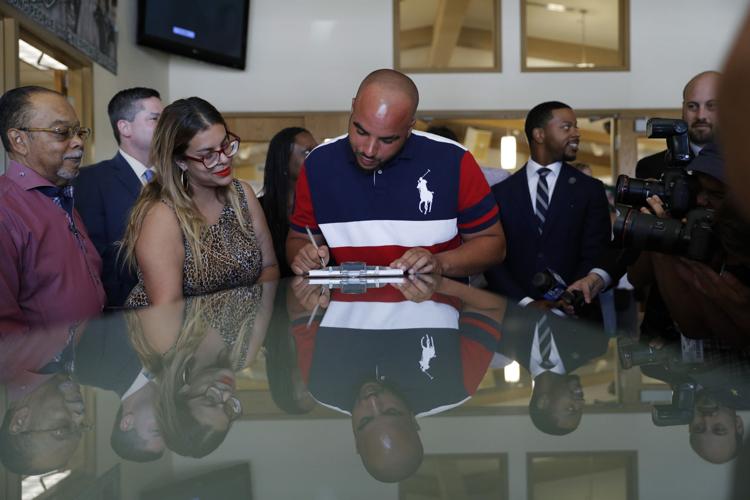 (Derek Draplin) – A Nevada law passed in the last legislative session that restores voting rights to ex-felons in the state took effect on Monday.

Assembly Bill 431 immediately restores full voting rights to individuals who have completed their sentences regardless of whether they still have to complete probation or parole.

Proponents of the law estimate it will restore voting rights to 77,000 individuals in the state and tout it as a way to help reintegrate past offenders back into society.

The new law was signed by Gov. Steve Sisolak in May.

Nevada Attorney General Aaron Ford was joined by ex-felons at a press conference in Las Vegas on Monday.

Jovan Jackson, 27, can now vote after serving two years in prison for a felony charge and completing parole.

“All it takes is one mistake to become a felon. That one mistake could dictate your entire life,” Jackson said, according to the Associated Press. “How do we expect people to better themselves when we make things harder for them?”

Ora Watkins, 57, served 10 years in prison for several different charges. She said she’s excited to show her family that she can now vote, according to AP.

Both Jackson and Watkins registered to vote at the press conference.