Fiddler on the Roof: It’s about Fathers and Daughters

Fiddler on the Roof: It’s about Fathers and Daughters
Ron Knecht

(Ron Knecht) – The two best days of my life will always be the day I married Kathy and the day our daughter Karyn was born. 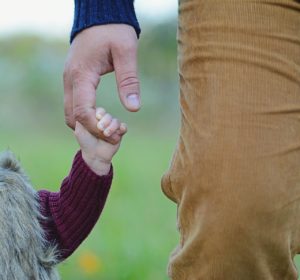 For our wedding music, I chose “Sunrise, Sunset” from Fiddler on the Roof, among other pieces.

“But we’re not Jewish,” said Kathy. “Don’t have to be,” I answered. That song and everything about the film had always moved me greatly. Fiddler’s on the short list of best films ever, and the song perfectly captures a wedding.

In part, Fiddler is about the beauty, richness and goodness of Judaism and the burdens many Jews have suffered for their religion. But I’ve always viewed it as being mainly about fathers and daughters and the story of a really good man, Tevye. And as Karyn has grown up, it has become ever more precious to me.

Tevye is a poor dairy farmer in the Russian village of Anatevka a century ago with three teenage daughters soon ripe for marriage. As the rousing opening song proclaims, life there was governed by “Tradition!” He explains, “Because of our traditions, each of us knows who he is and what God expects him to do.” What could be more important?

The film, a sometimes joyous and funny one, chronicles the challenges his daughters raise to those traditions. [Spoiler alert: This column reveals key parts of the plot.]

Following tradition, the matchmaker Yente has found a husband for the first daughter, Tzeitel. That’s Lazar Wolf, the rich but widowed butcher, who’s also older than Tevye. This is a disaster for Tzeitel – not just on its own merit, but also because she and the young tailor, Motel, promised themselves to each other a year earlier.

However, they don’t reveal their pledge to anyone else until the morning after Tevye and many men in town have celebrated (with much vodka) Tevye’s agreement to Lazar Wolf’s request. So, the young couple plead their case to Tevye.

“They gave each other a pledge!! Unheard of!! Unthinkable!!” he exclaims incredulously. They are persuasive. But what really changes his mind is a good father’s love for a good daughter. Looking at them, he weighs things on the one hand and on the other and concludes, “But look at my daughter’s eyes. She loves him …” He finds a way to revoke the commitment to Lazar Wolf.

“Sunrise, Sunset” is the wedding music for their otherwise traditional marriage.

One excursion from tradition begets another, and soon the second daughter, Hodel, also decides on a man of her own choosing. One from outside their community. A radical with strange ideas. And they don’t even ask for Papa’s permission, just his blessing.

Tevye is even more astounded. “Absurd!!! Who do you think you are?!!” he demands. But ever the generous soul, he concludes, “But look at my daughter’s eyes. She loves him. …” Of course, he ends up conferring his blessing and his permission.

One can see where this is going. The third daughter, Chava, wants to marry outside the faith. That sets up the two most powerful moments of this film, both of which show Tevye’s principles put to the ultimate test – that is, against his love for his daughter.

First, he again thinks, “But look at my daughter’s eyes. She loves him.” Only, this time, “There is no other hand. If I bend this far, I will break!!!” This revelation of his character is powerful.

They marry anyway, and Tevye proclaims Chava is dead to the family.

Second, a pogrom has been brewing and the Jews must leave Anatevka, dispersing all over the world. As Tevye finishes packing everything they can fit into the cart they will take with them, Chava and her husband come by to say they too are leaving even though as non-Jews they don’t have to. They cannot stand to be part of a society that persecutes the Jews. Tevye ignores them.

But as they shout final farewells to the family and Tzeitel answers, Tevye tells her to add, “And God be with you.”

A father’s love overcomes even tradition. And today when I look at Karyn’s eyes, I know a father’s love for his daughter is one of the most powerful elemental forces in the universe.