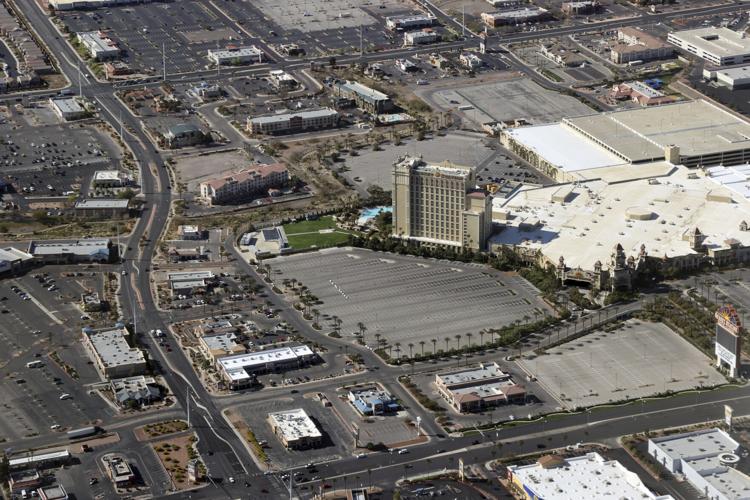 Aerial view of closed Station Casinos due to the coronavirus in Las Vegas, Nevada on March 31, 2020.
AP via mpi34/MediaPunch /IPX

(Michael McGrady) — Deaths related to fentanyl are spiking throughout Las Vegas and the surrounding valley communities, according to the Southern Nevada Health District.

“It is important for people to be aware of the growing public health risk fentanyl poses to our community,” noted Dr. Fermin Leguen, the acting chief health officer for the health district. “It can be fatal, and it can be found in other drugs.”

Fentanyl is a type of pain relief drug that can be up to 100 times more potent than morphine. It’s used in surgical settings and is regulated as a Schedule II drug that enables patients to treat severe and chronic pain brought on by surgery.

While deaths involving prescription opioids, including oxycodone, have seen decreases nationwide, the use of synthetic opioids like fentanyl has been increasing.

Clark County has seen 63 deaths related to fentanyl. According to the district, the uptick in deaths is higher than mortality rates that involve cases of other, less potent prescription opioids.

Nevada, as a state, saw 372 drug overdose-related deaths that involved opioids in 2018.

Per the recommendations of the Centers for Disease Control and Prevention, the Southern Nevada Health District recommends that users and their families take advantage of their quitting programs and attempt to treat their addictions with opioid antagonists like naloxone.

Data from the National Institute on Drug Abuse show that there were 67,367 drug overdose deaths in 2018. These deaths include cases where the use of prescription and synthetic opioids was a factor.