Sisolak hopes for special session by the end of the week; announces state will scrap phased reopening

Sisolak hopes for special session by the end of the week; announces state will scrap phased reopening
The Center Square 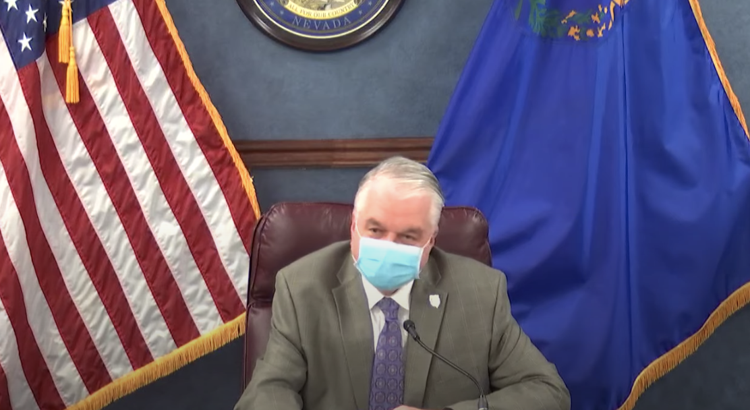 (Derek Draplin) – Nevada Gov. Steve Sisolak said he hopes for a second special session by the end of the week, and announced the state would abandon its phased reopening plan in favor of “a long-term mitigation strategy.”

Sisolak said his goal is to begin the special session on Thursday but a start date has not yet been decided.

The governor has faced criticism from some Republicans over his handling of the first special session, in which lawmakers made cuts to make up for a projected $1.2 billion budget shortfall. That special session took 12 days.

“Gov. Sisolak’s special session was not prepared well, did not have a plan, and was the worst executed,” Assemblyman Chris Edwards, R-Las Vegas, previously told The Center Square. “He failed catastrophically to communicate or lead. This should have taken no more than 3 days.”

Sisolak also announced that the state’s phased reopening plan would be replaced with a plan he says will focus on enforcement measures in response to the COVID-19 pandemic.

“Over this next week, the Nevada Health Response team is working to finalize a long-term mitigation strategy for the state of Nevada,” he said, noting the strategy will be released and presented next Monday.

“With this new plan, no business, local government, or individual should be surprised by future actions as the trends, good and bad, will be announced regularly and the resulting actions will be clear,” the governor added.

Sisolak said the plan will include adjusting criteria “to more closely follow overall trends” and give “advance notice and understanding” of policy changes.

“In an effort to create more predictability as a state, we want to move away from phases,” he said.

The plan will also include increased enforcement of social distancing and mask wearing.

Businesses could be closed for serving people not wearing masks, Sisolak warned.

Randi Thompson, state director for National Federation of Independent Business of Nevada, said that “small businesses are very frustrated with the Governor’s announcement, as they need time to plan, and this new approach gives them no timeline to plan for re-opening, re-hiring, or restoring operations beyond 50 percent.”

“For the businesses that are closed, this could be the last straw,” Thompson added. “For those operating at 50 percent, they don’t know how long they can last under such limitations.”

Thompson pointed to Sisolak’s comments about bar closings during the press conference.

“In the previous directive, we closed all the bars. In hindsight, I don’t know if that was the fairest way to do it because we had a lot of bars that were being extremely proactive and extremely effective in terms of mitigating and taking protocols,” Sisolak said Tuesday.

“We agree with the Governor that his broad approach to closures was not fair,”

Thompson said NFIB-Nevada agrees “that his broad approach to closures was not fair.”

“Many businesses have enacted provisions to operate under the Governor’s directive, and if they can show a local agency that they are operating safely, they should have the ability to open up,” Thompson added. “We agree there should be local involvement, and allowing openings and expansions of operations on a case by case basis should be considered. Such things as opening bar seating at restaurants should be allowed.”