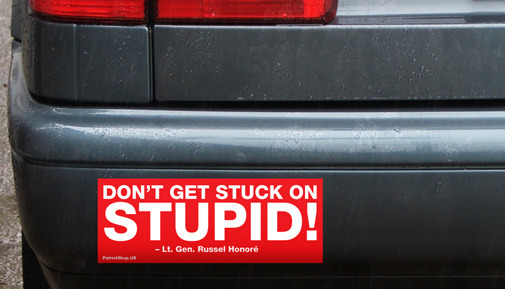 (Chuck Muth) – When I read the title “Is It Time to Break Up Google?” on a column by Jonathan Taplin that was published recently by the New York Times, my immediate reaction was, “Uh-oh, here comes the government!”

Which reminded me of something former President Ronald Reagan once said about government and the economy, but I couldn’t remember the exact quote.  So I did what billions of people all over the planet now do every day…

And…BOOM!  The quote I was looking for popped up in all of 1.11 seconds…

“Government’s view of the economy could be summed up in a few short phrases: If it moves, tax it. If it keeps moving, regulate it. And if it stops moving, subsidize it.”

Ain’t it the truth.  Now get this…

To search and find that information on Google didn’t cost me one red cent, one plug nickel or one thin dime.  It cost me zip, zero, zilch, nada.

So what we have here is an absolutely fantastic and reliable service delivered at amazing speeds for the cost of a breath of fresh air.  Yeah, Jonathan, let’s “fix” that.

In fact, the premise promised by the headline was so absurd I almost didn’t read past the first irrelevant paragraph.  Alas, I felt compelled to read on, like a rubber-necker passing the scene of a freeway accident hoping to see mangled metal, if not a bloody corpse.  I knew I shouldn’t do it – but couldn’t help myself.

To be fair, most of Mr. Taplin’s arguments for a government-imposed breakup or regulation of Google are silly.  But not all of them.  Some are actually truly asinine.

Like the idea that Google is responsible for “fake news” rather than the fake news outlets that publish the fake news stories on their fake news websites.  You know, like CNN.com.

For example, if FakeNews.com publishes a fake news story on – and I’m just spit-balling here; let’s say Donald Trump – Google’s search engine will pull and link to that news story for someone who searched for “Donald Trump.”  How does that make the “fake news” story Google’s fault?

It doesn’t.  Taplin’s claim is the modern-day, high-tech version of shooting the messenger.

The largely unknown author (I had to Google him since I’d never heard of the guy before) next went on to write that because the vast majority of people prefer to use Google’s free search engine when looking for something rather than its competitors – which also offer the same service for, um, free – the government should step in and regulate Google like a public utility to, you know, protect consumers.

Yeah, that’s the ticket, Jonathan!  Let’s get the government to muck up a perfectly good service to protect consumers from paying…oh, that’s right, NOTHING.

Don’t be surprised if one day later this week you Google “Stuck on Stupid” and “Jonathan Taplin” pops up as the #1 search result.  What a ‘shroom.

Mr. Taplin then went on to declare that “Facebook, Google and Amazon have stymied innovation on a broad scale.”

Indeed, things like encyclopedias, classified ads, the Yellow Pages, mail-order catalogs and the Who’s Who directories are all but fleeting pieces of nostalgia today thanks to the innovations of Google, Facebook and Amazon.  But don’t take my word for it.  Google it!

“While profits at Google, Facebook and Amazon have soared,” the wrong writer writes, “revenues in media businesses like newspaper publishing or the music business have, since 2011, fallen…”

Let’s hop into the Wayback Machine and see if we can find a parallel, shall we?

“While profits at Ford, General Motors and Chrysler have soared, revenues in transportation businesses like stagecoaches or the blacksmith business have, since 1920, fallen…”

It’s called “progress.”  Some might even dare call it, “innovation.”  Derp.

Mr.  Taplin goes to argue for government regulation by also claiming that all content creators – blogs, news websites, etc. – that “are dependent on advertising must negotiate with Google of Facebook.”

And get this: I’ve also sold advertising to independent advertisers on my OWN and/or advertised my OWN products, services and events without even once negotiating with either Google OR Facebook.

Seriously, though, if Mr. Taplin really wants to focus on breaking up a big monopoly that is a true danger to the republic and doing serious damage to our nation and its people, he’d focus his ire on the government monopoly over our public schools. They…are…a…mess!

But don’t take my word for it.  Google it.