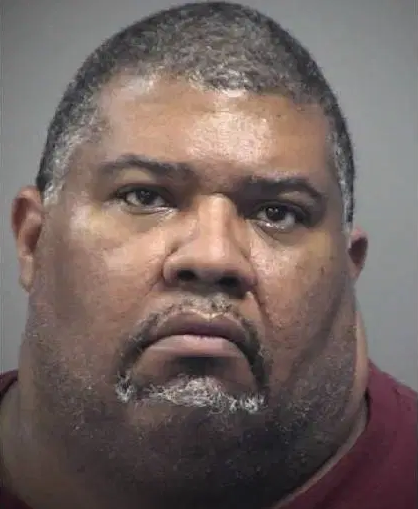 (Chuck Muth) – Erik “Jabba the Hut” Huey has been an obnoxious social media troll/blogger suffering from Trump Derangement Syndrome who has, for years, venomously attacked anyone daring to criticize the Failure Factory operation of the Clark County government-owned/union-managed public schools. Well, lo and behold, His Immenseness – a former elementary school substitute teacher – got popped in a kiddie porn sting last weekend and there isn’t any doubt about his guilt, as per a story in today’s Las Vegas Review-Journal…      “Huey admitted after his arrest that he planned to pay a 15-year-old girl, who was really an undercover officer, for sex, according to his arrest report. He faces a charge of luring a minor with a computer to engage in sexual conduct, court records show.” Has flogging been outlawed?  Maybe it’s time to bring it back. Alas, this perv would probably enjoy it. Welcome to the MGM Grand Luxury Resort & Correctional Facility 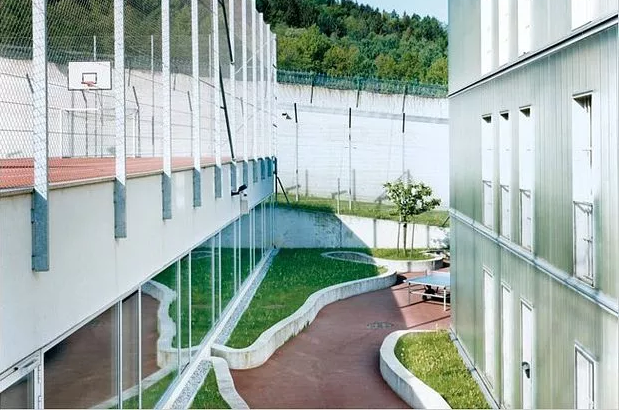 Right now, prisoners – you know, people who committed crimes so serious even our habitually soft-on-crime judicial system put them behind bars – pays prisoners a nominal “wage” for work they perform while serving their sentence. SB140 would require taxpayers to pay these prisoners minimum wage, in addition to providing them housing, food and medical care…all without a peep of Republican opposition in the Legislature so far.  In fact, at a hearing on Wednesday, GOP State Sen. Ira Hansen remarked, “I agree completely with virtually everything in the bill.” First, we changed the name of prisons to “correctional facilities” so as not to offend the tender sensibilities of the criminals they house.  Seems now we’re going beyond semantics and converting these “correctional facilities” into all-expense paid resorts.Huey Lewdness approves this message. The Bridges of NIMBY County 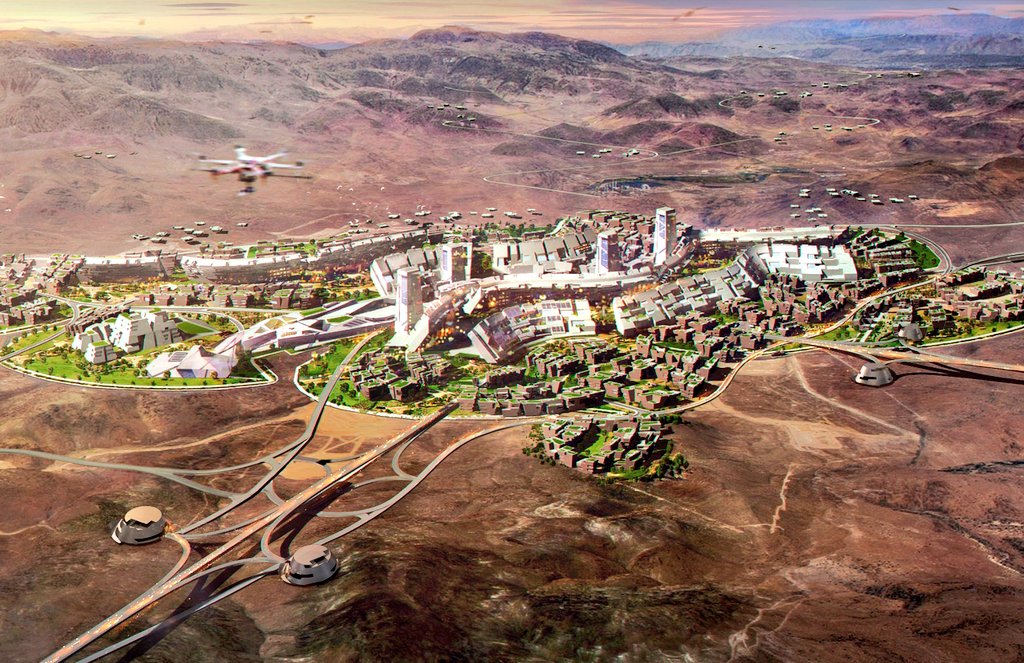 The Blockchain’s proposal to create an autonomous “smart city” in rural Storey County, east of Reno, continues to stir discussion in the mostly empty halls – thanks to Democrats continuing to ban the public from the building – of the Legislature. At the heart of the issue is Blockchain’s desire to govern its development separate from the county since the county has expressed opposition to the project.  Which led me to question why the company bought 67,000 acres in a county that didn’t want its project in the first place.  Why not take the project to a more welcoming county? Well, apparently, the “Storey” changed. I’m told by a source close to the project that Storey County initially expressed support for it when the land was purchased over two years ago but has since had second “not-in-my-backyard” thoughts. If true, that certainly explains why the company wants to create its own governing system separate from the county.  If you’re going to invest billions of dollars in a project, you sure don’t want it hamstrung by fickle, finger-in-the-wind politicians and petty, tyrant bureaucrats. I still don’t know if this is the proper solution, but I certainly understand the problem. The Campaign Doctor is IN! I’ve been on a semi-sabbatical for the last two weeks working on finishing up my new book for candidates and campaign workers, “Best of Campaign Hot Tips: Volume 1.” Finished the cover design and completed the rough-draft manuscript yesterday.  Now on to final editing.  Hope to have it published by the end of the month. 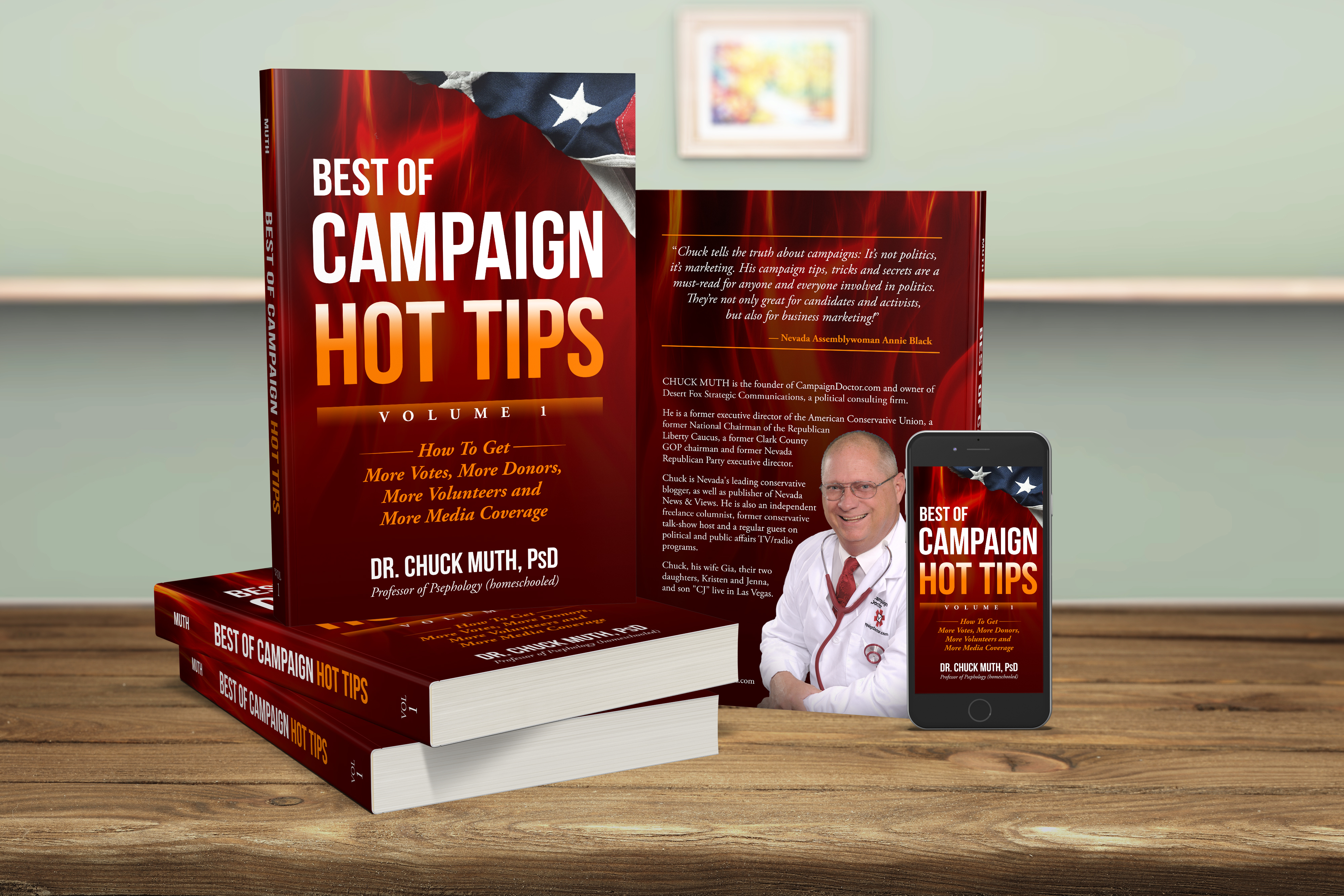 If you’re thinking of running for office or working on a campaign in 2022, I HIGHLY recommend you sign up for my Campaign Hot Tips e-newsletter.  I’ll announce when the book will be available to subscribers as soon as it’s hot off the press. Just go to: www.CampaignDoctor.com And as a reminder, my streamed interview with Ed Rush will go live this morning at 10:00 am.  Here’s where/how to tune in… YouTubehttps://www.youtube.com/watch?v=ledhZ0NYdgo Facebook:https://www.facebook.com/130803953734414/posts/1904170639731061/ FAMOUS LAST WORDS “All mandatory resort fees must be included in the advertised price in order to be legal.  MGM’s deceptive practice of hotel resort fees must end.” – Lauren Wolfe, attorney for Travelers United “I don’t understand much about politics…” – Blubber-blogger Jon Ralston, 1/2/20