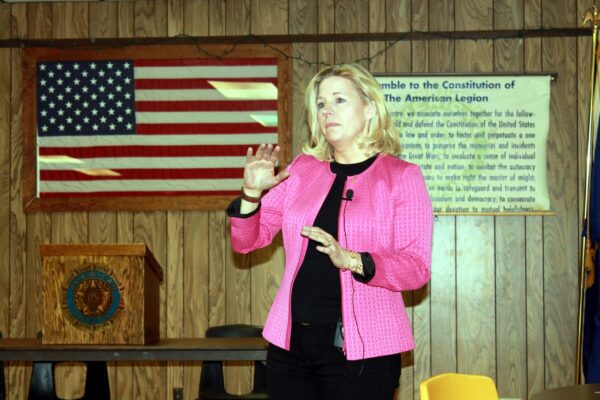 (Catherine Mortensen) – A new CBS/YouGov poll makes clear that the overwhelming majority of Republican voters are happy to have Rep. Liz Cheney out of House leadership. The survey found that 80 percent of Republicans support her demotion, compared with just 20 percent who want her to stay. These views are particularly strong among voters ages 45 and up, with voters over 65 supporting Cheney’s removal by a margin of 87% to 13%.

According to data analysis by the Market Research Foundation (MRF), “Republicans aren’t just backing the removal of Cheney, they are consolidating in support of former President Trump. Cheney’s loss of power is a rejection of the status quo Republican Party and a unification of working-class voters demanding the political class put America first.”

The poll found that Republicans across the board say the GOP should follow Trump’s example on economic issues (89%), immigration issues (88%), leadership (80%) and how to treat the media (77%).

Bill Wilson, MRF Chairman, had this reaction on Twitter to the poll, “Yes the SWAMP will continue to feed itself but conservatives across the country have spoken and they want nothing to do with the Cheney-GOP.”

The vote to demote Cheney pitted mainstream Republicans and globalists against the majority of Republicans, conservatives, and Trump voters.

But David Karol, a professor of government and politics at the University of Maryland, College Park, recently told the Christian Science Monitor that in an electoral sense the uproar over Rep. Cheney is unlikely to matter.

“Despite her lineage she is not a well-known figure among the electorate at large,” explained Karol who studies American parties, interest groups, and political development. “The status of party House leadership is not a big issue per se. The next election is a year and a half away, plenty of time for even high-information voters to forget her ouster.”

But as the Christian Science Monitor points out, “the affair does demonstrate that remaining critical of Mr. Trump for long is dangerous for Republicans. If there was a civil war within the GOP between establishment figures and Trump supporters, then the Trump supporters have won.”

“The fact now is that there won’t be anyone prominent in House leadership who won’t stand up and defend Trump. That’s important,” added Professor Karol.

As the MRF analysis pointed out, “It is not just Cheney’s disloyalty to Trump that is driving Republicans away from her, rather it is Cheney’s vision for the GOP.”

We cannot adopt Cheney’s rear-facing attempts to punish Trump. He is not the threat. The GOP must rally behind a single message in the midterm elections: we must defeat the Biden-Schumer-Pelosi socialist agenda which is destroying America.

Catherine Mortensen is Vice President of Communications for Americans for Limited Government.

Ron KnechtOctober 23, 2021
Read More
Scroll for more
Tap
Advice to Discovery and AT&T: Major Surgery On CNN
Dem Libs Should Be Ashamed of Preaching About Tulsa