Income Inequality and Poverty in the United States

Income Inequality and Poverty in the United States
Ron Knecht 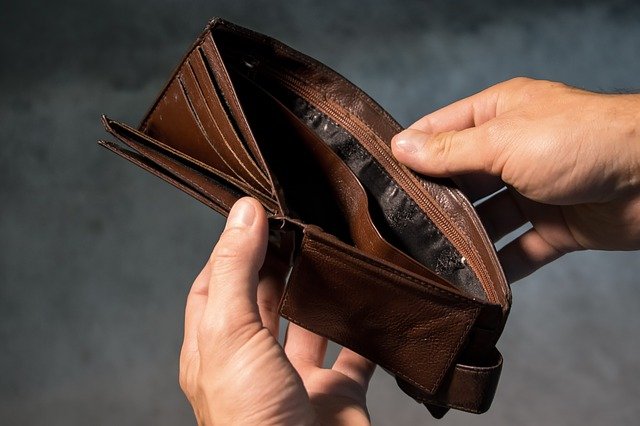 Image by Andrew Khoroshavin from Pixabay

Democrats, progressives and Joe Biden’s presidential campaign harp about income inequality and poverty in the United States continuously.  As if we were an ancient feudal society or worse than many modern third-world dictatorships.  The last three years, they’ve falsely claimed things have gotten worse – more unequal and greater poverty – since Donald Trump was elected.

They spin nonsensical narratives and flawed analyses purporting to show Trump’s policies, Republicans and capitalism are responsible for the increases they falsely allege in income inequality and poverty.  They even claim these phantom increases are not unfortunate outcomes of well-intended but flawed policies, but instead are the intended results.  They claim Trump, Republicans and free market proponents hate and want to oppress the poor and middle classes.

It’s not enough for them to claim income inequality increases are the consequences of market capitalism being a zero- or negative-sum proposition – which it is not.  Instead, they make up beliefs, motivations and memes their opponents allegedly hold, and in debates, writings, videos and cartoons jam them down the throats of those opponents.  Karl Marx originated this tradition by arguing capitalists would never let workers’ wages rise high enough even to just make their lives moderately comfortable.

On the other hand, leftists never recognize the predatory and mistaken nature of their own politics.  Instead, they are near saints, motivated by pure altruism and goodness.  To reach this conclusion, they invent memes and narratives showing them always valiantly fighting for the powerless, disenfranchised victims of capitalism, capitalists and Republicans.  For example, them stopping heartless Republicans from throwing Granny in a wheelchair off a cliff.

Another example: they passed legislation to pay some laid off workers more than they make on their jobs.  When Republicans want to cut those benefits back, the left demagogued them as heartless.

Perhaps most important, the leftists refuse to address the real facts and numbers, instead trafficking only in memes and simplistic narratives.  If they address numbers at all, it’s in the most simplistic and misrepresentative terms.

Comes now a definitive example.  Earlier this month, the U.S. Census Bureau issued an 88-page analysis of Income and Poverty in the United States: 2019.  Let’s compare the left’s poverty and income inequality claims to the facts.

Leftists claim real incomes have been flat or declining for the low- and middle-income portions of the population.  However, Census shows that America’s real median household climbed to $68,703 in 2019, a 6.8 percent increase and the largest since the start of these data in1967.  The $4,379 one-year growth was more than the cumulative $3,021 increase in eight years of the Obama/Biden administration.

Further, as in the first three Trump years, these benefits were widespread and affected minority groups most.  While the increase was 5.9 percent for Whites, it was 7.1 percent for Hispanic Americans, 7.9 percent for Black Americans and 10.6 percent for Asian Americans.  The 2019 real income levels were the highest ever for all groups.

Their claims that Trump tax cuts burdened everyone else to benefit the rich?  The income growth among low-income households dropped the poverty rate by 1.3 percent to 10.5 percent, the lowest rate ever by a good margin.  It lifted 4.1-million people out of poverty, the largest such effect since 1966.   During the Obama/Biden years, the number of people living in poverty increased by 787,000.

In climbing out of poverty too, minorities did best.  Compared to the overall gain of 1.3 percent, Hispanics rang up 1.8 percent gains, Blacks 2.0 percent and Asians 2.8 percent.  It was an all-time low for every race and ethnic group.  Even more salient, child poverty decreased to 14.4 percent, the lowest rate since 1973, and 18 percent lower than at the end of the Obama/Biden administration.

Over the first three Trump years, 2016-19, median real income increased 9.2 percent, and 6.6-million people rose out of poverty, the best record of any administration.  Blacks had their largest gain ever, 1.2-million people.

And that’s what Biden, et al. want to reverse?