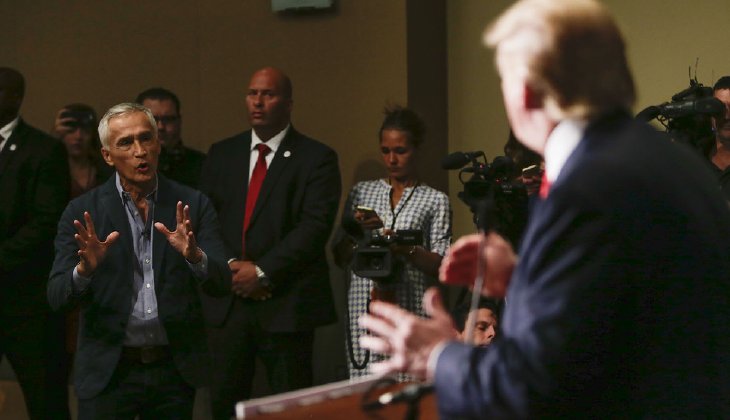 (EDDIE SCARRY, WashingtonExaminer) Jorge Ramos, anchor for the American Spanish-language Univision channel, admitted in a recent interview that his infamous confrontation last year with Donald Trump was all about getting even.

Last summer, almost immediately after Trump launched his bid for the Republican presidential nomination, he and Ramos engaged in a public feud over the billionaire businessman’s hardline stance against illegal immigration.

At one point in June, after Univision cut business ties with Trump, the former reality star published a handwritten letter from Ramos that included the anchor’s phone number. Trump posted a photo of the letter on his Instagram account to show that Univision was “begging” him for an interview.

“I knew I had to do something back,” Ramos said in a new interview with Esquire, claiming that he started getting “thousands” of calls and text messages to his personal phone. “I had to react in a very public way. We realized he was going to do a news conference in Dubuque, Iowa. And we thought, correctly, that few journalists would follow him all the way to Dubuque.” Click here to continue reading