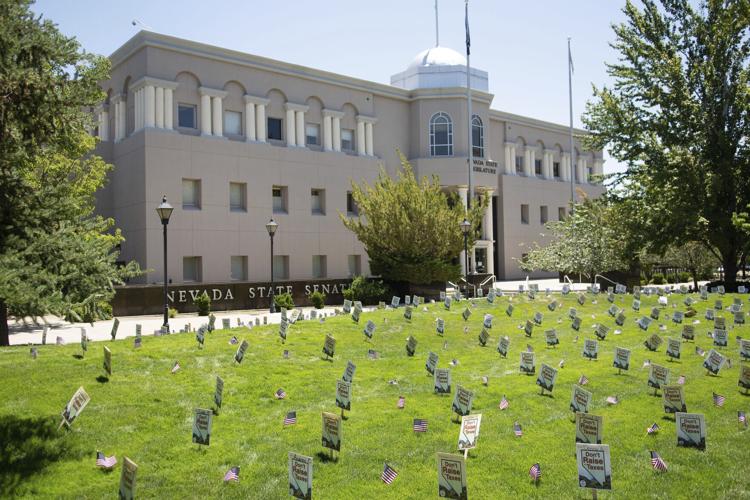 (Michael McGrady) — A judge in Carson City, Nev., this week ruled in favor of a group of Republican lawmakers who filed a lawsuit challenging the constitutionality of two revenue bills that the Democratic-led legislature passed in 2019.

Eight Senate Republicans along with business groups filed the lawsuit against the state and its Democratic majority leadership. The lawsuit centers on a pair of bills that include measures removing a scheduled decrease in a payroll tax levy and another that extends an ancillary $1 per transaction DMV technology fee.

Democrats argue the ruling could mean a $100 million blow to education funding in the state.

Senate Majority Leader Nicole Cannizzaro, D-Las Vegas, said in May 2019 that lawyers for the legislature advised that a two-thirds majority vote was not needed to eliminate a scheduled funding decrease in the payroll tax rate equation. With that legal opinion, the majority moved forward with the bills.

Cannizzaro and House Speaker Jason Frierson, D-Las Vegas, stated in response to the ruling Tuesday that they will appeal to the state Supreme Court.

“Both Senate and Assembly Democrats wholeheartedly disagree with yesterday’s court decision, which would lead to the loss of nearly $100 million in education funding for our schools at a time when teachers, students, and their families need it the most,” both said in a joint statement. “Republicans are pursuing a political agenda instead of coming to the table with real solutions. We intend to appeal the decision to the Nevada Supreme Court on an expedited basis to provide clarity on this matter before the start of the next session.”