Second Lady Karen Pence is an inspiration, enduring baseless smears from the radical left with grace and humility informed by her deeply-held Christian faith. 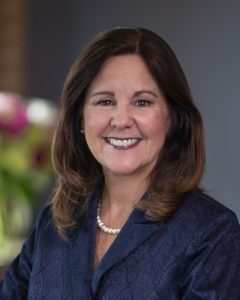 In the dark, ruthless swamp of Washington, D.C., Mrs. Pence and her husband, Vice President Mike Pence, have staked out a small circle of light and virtue with their unwavering faith. My congregation and I have come to know and appreciate the Christian influence the Vice President and his wife lend to the Trump administration.

We have also grown to admire Karen’s steadfastness in her faith, even as the national news media excoriates her for teaching art at a Christian school. Based on lies and contempt for Christian dogma, they have tried to paint Karen as a bigot, and her students as racists. Yet, Karen has refused to yield an inch, holding her head high in the face of the smears.

Vice President Pence and Second Lady Karen Pence are faithful stewards of Christ and committed public servants. This election is a clear contrast among values, not just political ideologies. Our event in Las Vegas attracted attendees from as far away as California because they wanted to hear the Second Lady share her experience and journey.

I admire her courage. It energizes me because it’s exactly that sort of courage, energy, and strength of faith, that we’ll need to secure another four years of Donald Trump and Mike Pence’s capable leadership.

Just before he dropped out of the race, former Congressman Robert Francis “Beto” O’Rourke — the Democrat who most shamelessly pandered to immigrants and Hispanic-Americans — made it clear just what’s at stake for Latinos of faith in next year’s elections. In no uncertain terms, O’Rourke promised to go after the tax-exempt status of any church or Christian institution that didn’t abandon traditional Christian teachings on sexuality, marriage, and human nature.

Beto may be out of the race, but that same contempt for religious freedom still animates the remaining Democratic presidential candidates.

By contrast, with Donald Trump in the White House, and the Pences by his side, religious freedom will always be a priority. We saw that early on, when President Trump signed a landmark executive order in 2017 to keep radical agendas away from our religious institutions. The President is now considering a new executive order to demand guarantees of religious freedom from all countries that receive our foreign aid.

Democrats have tried to distract Hispanic voters from issues like these with endless fear mongering about immigration. They think they can convince us that the Trump administration’s efforts to secure the border and restore law and order to our immigration system are an evil campaign against them.

My own wife is an immigrant from Mexico who only gained legal status because of the 1986  compromise signed by President Ronald Reagan. I’m no immigration extremist, but I am convinced that President Trump’s actual plan, including building the wall, will benefit Hispanic-Americans and reduce suffering on the border more than any of the open-borders nonsense advanced by the Democratic candidates.

The President is well aware that the immigration debate must end in a deal. With him in the White House, a comprehensive deal to secure our borders and fix our broken immigration system is possible. Under any of his would-be Democrat challengers, however, we would just wind up with de facto open borders — something no one wants.

Latinos for Trump is committed to stopping the Democrats from implementing their dangerous agenda by making sure that President Trump gets another four years in the Oval Office.

As we prepare for what promises to be a contentious campaign season, we’re lucky that we have Second Lady Karen Pence to provide an example of how to handle the left’s inevitable smears with Christian patience and understanding.