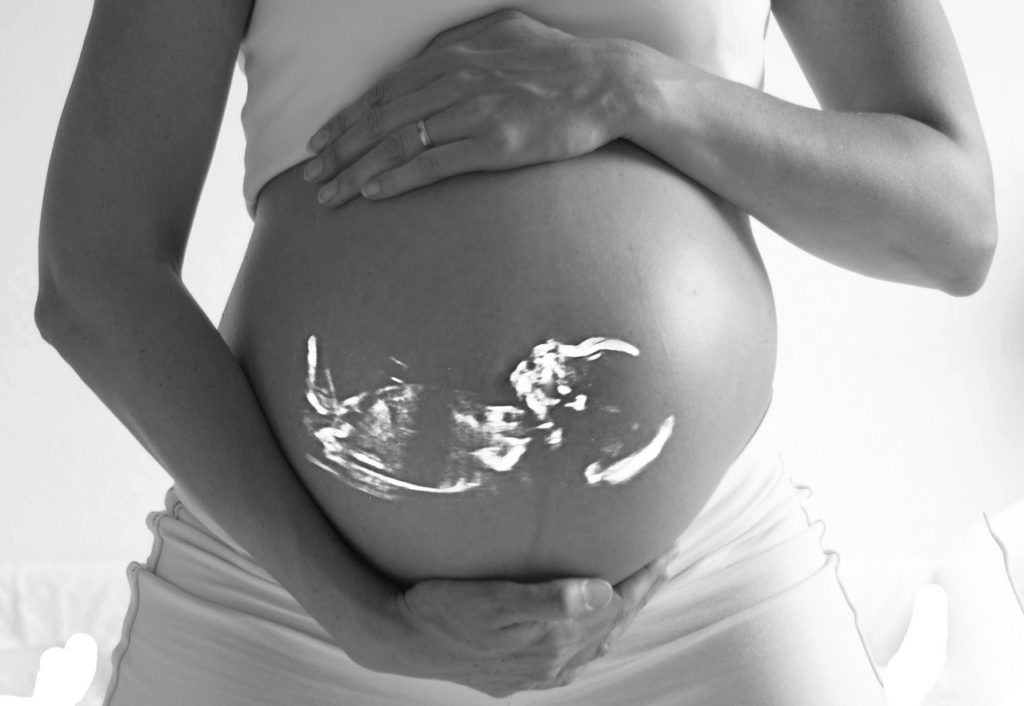 Image by Rudy and Peter Skitterians from Pixabay

On Monday December 8, 2019, the Supreme Court let stand a Kentucky law which allows a pregnant woman considering an abortion to see the ultrasound of the unborn and to hear both a description of the ultrasound and the fetal heart beat if she chooses.  The law includes fines of up to $100,000 for the first offense and $250,000 for subsequent offenses.  SCOTUS let this law stand by refusing to hear an appeal by the ACLU.

This law does not require the pregnant woman to view the images or hear the heart beat or listen to the description of the unborn in the ultrasound.  It gives her the opportunity to do so.

The appeals court flatly rejected the ACLU’s claim that this violates the abortionist’s first amendment freedom of speech and compels him or her to speech they object to.  The court writes that the Supreme Court in the Casey decision said “The Casey plurality reasoned that ‘a requirement that a doctor give a woman certain information as part of obtaining her consent to an abortion is, for constitutional purposes, no different from a requirement that a doctor give certain specific information about any medical procedure.’”

It also noted, “In both NIFLA (A recent SCOTUS decision) and Casey, then, the Court clarified that the First Amendment has a limited role to play in allowing doctors to avoid making truthful mandated disclosures related to informed consent. Under the First Amendment, we will not highly scrutinize an informed consent statute, including one involving informed consent to an abortion, so long as it meets these three requirements: (1) it must relate to a medical procedure; (2) it must be truthful and not misleading; and (3) it must be relevant to the patient’s decision whether to undertake the procedure, which may include, in the abortion context, information relevant to the woman’s health risks, as well as the impact on the unborn life.”  The Appeals Court deemed that the Kentucky law met all three criteria.

Opposition to laws like this show that abortion advocates believe that abortion is THE ANSWER to an unplanned child and that they do not trust women any more than they trust the parents of pregnant girls to not abort.

That is why abortion advocates are threatened by informed consent laws and consent laws like this which give the mother the opportunity to see what is in her womb, hear a description of it and hear the unborn’s heartbeat.  Ultrasound is a direct witness to the absolute and full humanity of the unborn and undermines the abortion lie that the unborn is a nothing, a mere clump of cells, a blob of tissue, or whatever dehumanizing words and language they use to justify abortion.  Over 60 million abortions have happened in the United States since.

As ultrasound and other technologies that allow us to hear the unborn’s heartbeat reveal more about the unborn, along with pro-life activism, education and compassion, more and more women are refusing abortion as a solution to an unplanned pregnancy.  A report from the CDC last month along with other data, confirms a dramatic decline in, and an increasing rejection of abortion.  With it getting harder and harder for abortion advocates to recruit doctors to do abortions, abortion advocates are fighting to keep standards low by opposing common sense laws and by allowing non-physicians to do them.

The appellate court decision also reminds us that the state is not required to be neutral on abortion and that protecting the life of the unborn is a legitimate goal of the state.  It cites the 27 year old Casey decision that a state may “further its legitimate goal of protecting the life of the unborn by enacting legislation aimed at ensuring a decision that is mature and informed, even when in so doing the State expresses a preference for childbirth over abortion.”

The Casey decision has said for 27 years that laws like this are lawful.  It’s about time the court stopped taking the side of the abortion extremists over the concerns of the American people who have elected legislators to pass laws like this.