So now, we have states with Democrat Governors which want to remove ALL restrictions on abortions, even to the point of infanticide (which commonly means killing an infant which has already been born). 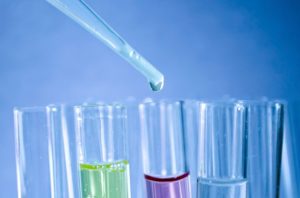 Perhaps this nation has residents—calling them citizens may well be a bridge too far—who want to re-enact the fall of the Roman Empire.

New York Governor Andrew Cuomo is surely among those.  He just signed a bill into law which legalizes what can only be described as infanticide. Now, keep in mind that New York has an extremely high rate of abortions.  In fact, according to the Kaiser Family Foundation, it leads the league in killing babies, even as the City has cleaned up its murder rate—excluding abortions.  Put another way, Planned Parenthood in New York City are the Yankees of baby killing.

Cuomo was so proud of the bill he signed, which would allow what amounts to retroactive abortions, that he had the new World Trade Tower lit in pink to celebrate.

It should have been blood red.

The legislature in Virginia had better sense.  Its Republican legislature did NOT pass such a bill despite the urging of its Democrat Governor Ralph Northam—a pediatrician by trade—who said, asked about a potential failed abortion, “the infant would be resuscitated if that’s what the mother and the family desired, and then a discussion would ensue between the physicians and the mother.”  And, presumably, nobody would go to prison or even be indicted.

Northam got caught the day after his blathering about baby killing, allegedly wearing either a Klan hood or blackface in a 35 year old med school yearbook picture.  The leftist media immediately forgot about infanticide and went with racism.  Killing babies, apparently, is OK, but disliking your fellow man on the basis of skin color is a capital crime in the view of the chattering class.  That’s something to think about when you evaluate how well the media is serving you.

Put another way, in the words of Dana Carvey’s Church Lady, “isn’t that special.”

And while the Democrats are busy doing their Superior Dance over the racism, killing live babies doesn’t seem to move the needle at all.

Babies in a Democrat world seem to be in danger.  It’s not enough to kill babies in the first trimester of a pregnancy as Roe v. Wade allows.

Oh no.  We must be able to kill a baby for any reason at any time.  That’s the Democrat mantra. It’s the sort of thing that happens when a New York City bartender can pass for a congressperson at age 29.

She wants access to the public treasury so she can give free stuff to everybody and pay for it with 70-90% tax rates on the rich—which won’t work because the rich don’t have enough money to cover the tab and she’s never been able to read the numbers—kind of like Nancy Pelosi’s “we have to pass the bill to see what’s in it”.

Can it get worse?

Sure.  We have a Senior Senator (Diane Feinstein (D-People’s Republic) who actually is a senior) who tells judicial nominee Amy Coney Barrett who is Catholic that, “The dogma lives loudly within you.”  The chilling part of that is that Feinstein happens to be Jewish.  So am I and, let me tell you that being pro-life AND pro-Israel is entirely consistent with societal norms.  Despite what a bigot such as Feinstein may insinuate.

And it’s only a matter of time until the Supreme Court will be called upon to take up the case of infanticide.

Even some of the liberal justices will not be able to stomach the New York law.  Or anything similar.

Roe was a horribly reasoned compromise in the early 70s which said to America that the justices at the time read the Washington Post.

It’s likely this group will not be as charitable to the baby killing crowd the next time around.