The Green New Deal: Doubling Down on Past Mistakes

The Green New Deal: Doubling Down on Past Mistakes
Ron Knecht 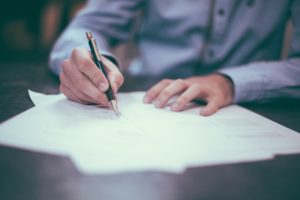 My first full-time job after college was assistant city engineer in Urbana, Illinois in 1972.  I worked on my liberal Democrat green interests: bikeways, undergrounding communications and power lines, better sewer systems, sidewalks, traffic, planning and zoning codes.
I learned a key lesson in those matters.  Its breadth and importance would become clearer as my career progressed.
One day the public works director, a crotchety old conservative Republican, said: “You want bikeways, underground lines, sidewalks and all those things?  Well, it really is easy and cheap.”
I was stunned.  Previously he’d always been the naysayer, citing costs, practicability, etc.
Then he said: “At the edge of town, find a green field and you can design and build in all the amenities you want fairly inexpensively.  But once you start laying out a subdivision and constructing things and then you decide to add those features, it gets difficult and expensive.  And when you try to retrofit an already built neighborhood for them, it becomes ridiculous.”
Immediately I understood the point, but not all the implications.  Those became clear only as I pursued my environmental and consumer interests in a greater professional context.
Upon completing my civil engineering masters project, I became expert in the full range of power generating economics, with particular focus on nuclear power.  As an expert witness, I had small partial credit in helping stop perhaps a dozen nuclear units around the country.
In my analyses, I highlighted the skyrocketing costs over time of building nukes, which were rising as much as 15 percent annually in real terms, a trend no one seemed able to explain.  I suggested the increases would continue and were due to “cost internalization” processes driven by new regulations.  As it turned out, that was true, but it missed two important aspects of the problem I would see only later.
In 1984, as principal economist at California’s Public Utilities Commission, I toured the Diablo Canyon nuclear plant, which had been delayed many years and was to come on line at a cost about 20 times the original estimate.  My first look inside the building housing the reactor was stunning.  Instead of elegantly and cleanly designed, it looked like a mess with structural beams in odd places and many other misplaced weird features.  Like something constructed in a nightmarish hallucinatory fit.
I learned this was due mainly to the retrofit problem explained to me years earlier.  Nuclear construction was licensed to safety and environmental standards prevailing when the license was issued.  However, as those standards changed – and they changed greatly and fast – the builders were required to retrofit projects being built to the new standards.  Thus, the visual nightmare.
The other problem also soon became clear.  Sound public policy for safety, environmental and all standards is to raise them only as high as the point at which the diminishing incremental social benefit they provide equals their cost, which rises with the regulatory requirements.  But nuclear standards weren’t set with reference to social cost and benefit.  Instead, they were set as high as technically feasible, regardless of cost.
So, nuke costs increased ridiculously as builders were required continuously to retrofit to wasteful standards, especially as retrofit caused schedule delays that led to further retrofit.  And utility ratepayers paid the cost.  Once I understood that, I reversed my opposition to nuclear power and began to support nuclear regulatory reform.  (I also became a limited-government Republican conservative.)
In sum, unsound public policy – unjustified standards and retrofit regardless of its costs – combined to damage the public interest by killing a no-carbon energy option and sticking people with ridiculous costs.
So now comes Congresswoman Alexandria Ocasio-Cortez and today’s liberal Democrat enviros with their Green New Deal.  They plan to remake the world to an unsound standard, zero carbon emissions – achieved by retrofitting or replacing all existing buildings, ending use of fossil fuels in transportation, outlawing steaks and destroying numerous industries.  Also, implementing many of their socialist dreams.
The folly of earlier greenies in killing the nuclear power option cost the world many billions of dollars.  The Green New Deal, if it could be achieved, would cost many trillions of dollars.  For uncertain but paltry benefits much below the costs.
Prev postNext post
Related ItemsMistakesNew DealRon Knecht
Opinion
Ron Knecht