Mitchell: Turning Nevada into a ‘sanctuary state’ could have severe consequences

Mitchell: Turning Nevada into a ‘sanctuary state’ could have severe consequences
N&V Staff 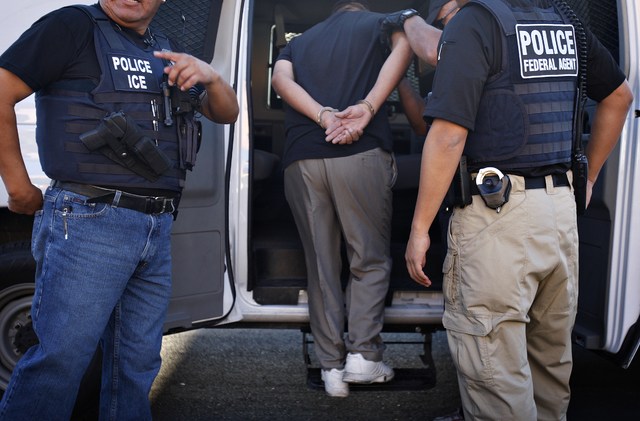 (Thomas Mitchell, 4TH ST8) – Be careful what you ask for, because you just might get it — good and hard.

Democratic state Sen. Yvanna Cancela of Las Vegas, along with a number of fellow Democrats, has introduced a bill that would turn Nevada into a “sanctuary state” by forbidding law enforcement cooperating with federal immigration authorities in identifying persons who are in this country illegally.

(a) Use money, facilities, property, equipment or personnel of the agency, unit or department to investigate, interrogate, detain, detect or arrest a person for the purposes of immigration enforcement, including, without limitation:

(1) Inquiring into or collecting information about the immigration status of a person.

(2) Detaining a person on the basis of a hold request, except where there is an independent finding of probable cause.

(3) Responding to a notification request or transfer request.

(4) Providing or responding to a request for nonpublic personal information about a person, including, without limitation, information about the person’s home address, work address or date of release from custody.

(5) Making an arrest on the basis of a civil immigration warrant, except where there is an independent finding of probable cause.

Under a program called 287(g), local cooperating police departments, which includes Clark County, that take a suspected illegal immigrant into custody notify U.S. Immigration Customs and Enforcement agents and they have 48 hours to pick up that person.

According to an account in the Las Vegas newspaper, in the past that rarely happened, but in recent weeks ICE officers are at the jail almost every day, apparently stepping up enforcement of immigration laws under the Trump administration.

Under SB223, this would come to a screeching halt.

But Tump has threatened to withhold federal funds from sanctuary cities. He signed an executive order directing government officials to identify federal money that can be withheld to punish “sanctuary cities.”

So what could this mean for the “sanctuary state” of Nevada?

The state’s total budget for the past two years was $26 billion. Fully $9 billion of that came from federal funds, according to the state budget.

Passing SB223 could have serious consequences to the taxpayers of Nevada, but that has never stopped the self-righteous Democrats, has it?