Mitchell: Walters goes in one day from millionaire winner to loser

Mitchell: Walters goes in one day from millionaire winner to loser
N&V Staff 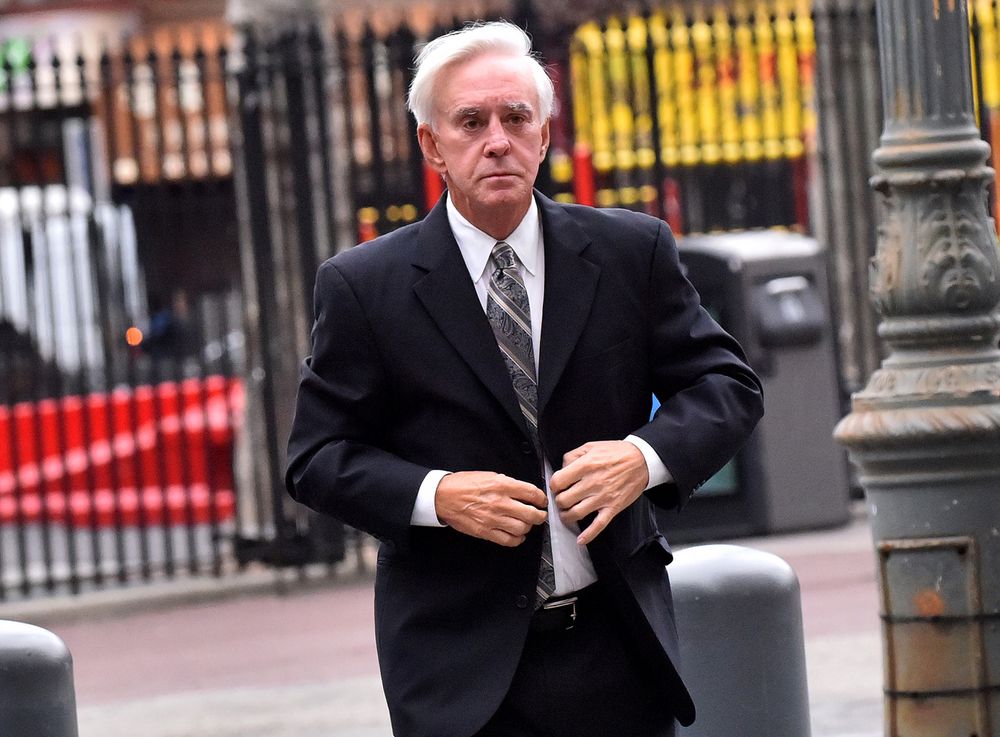 (Thomas Mitchell, 4TH ST8) – His winning streak is over.

As John L. Smith reports in a column for The Nevada Independent, Las Vegas sports bettor and golf course developer Billy Walters, having beaten several investigations and indictments, has been convicted in New York of insider trading.

As Smith relates, “He collected pliable politicians and malleable reporters like posies, and nearly always managed to get the best of it. Even law enforcement, which in the past three decades had suspected him of everything from illegal bookmaking to money laundering, could never seem to bust him out.” Until Friday, when a jury convicted him in an insider trading deal that netted him $43 million.

Smith has been keeping an eye on Walters for years and in 2011 got a chuckle and a newspaper column out of a “60 Minutes” swooning interview with the smooth-talking Kentucky-born gambler and huckster.

Of course, the columnist took the opportunity to tell the story that “60 Minutes” missed:

Walters was a founding member of the infamous and feared “Computer Group,” the breakthrough collective of gamblers, handicappers and investors who processed the day’s sports schedule at such a high level they consistently produced better odds than those on the wall of your local sports book. The Computer Group banked millions, and the bookies took a beating. The Computer Group spawned a generation of imitators, some of whom pounded the sports books to pieces.

But the FBI and Metro were watching, and indictments followed. A trial came later, and Computer Group lawyers mopped the floor with the feds. The FBI and U.S. attorney’s office were so embarrassed they put gambling cases on the back burner of their list of prosecutorial priorities.

Walters & Co. seemed to have the opposite effect on Nevada gaming regulation. The sports book industry was so routed it sought protection against Walters from the Gaming Control Board. That led to big rule changes, but Walters managed to adjust.

One of my favorite Walters stories is the time he scored an uncanny, and statistically improbable, winning record at roulette at the Golden Nugget. Casino bosses were sure he had to be cheating. So they had the wheel analyzed by engineers, who found nothing wrong with it. And the legend of Billy Walters grew.

Some of Walters’ biggest scores have come in the chambers of local government. His golf course land proposals at the city and county were tailored like Sinatra’s suits to fit his needs. The fact the public didn’t get the best of it rarely crossed the minds of mesmerized members of the City Council and County Commission.

I could go on, but you get the idea. Daffy souls who hoped to see Walters embarrassed or exposed on television surely were disappointed. They should have known better.

Billy Walters always gets the best of it, and his “60 Minutes” valentine is just another example.

One of those tailored deals was the lease of land from McCarran International Airport for Walters’ Bali Hai Golf Club for 10 years without paying a dime in rent. McCarran was to receive 40 percent of the course’s net profit, but there was no profit because Walters paid his own company a management fee of $6 million.

Walters, 70, now goes from being worth $500 million, the owner of seven homes and a $20 million jet, to facing a cramped jail cell