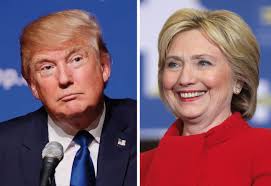 Get Off Trump’s Back about “Rigged” Elections

Despite his obvious and overwhelming win in the third and final debate between Donald Trump and Crooked Hillary, the mainstream media opted to ignore the victory and instead focus on Trump’s refusal to say, in advance, if he’d accept the election outcome if he loses.

Demonstrating once again for the gazillionth time that the deck is stacked against the GOP nominee.  You might even say “rigged.”

It’s so bad and so blatant that the media should be required to declare their support for Madame Hillary as an in-kind donation to her campaign.

Now here’s the question everyone SHOULD be asking: Why should Donald Trump declare that he will support the results of the election BEFORE he knows whether or not the election was stolen from him?

Indeed, has everyone already forgotten that Al Gore and Joe Liebermanrefused to accept the election results back in 2000, earning them the nickname “Sore Loserman”? It was only after Gore’s court challenges were rejected that he finally conceded the race a month later.

And for anyone who doesn’t think an election can be rigged, hearken back to the 1960 race between Richard Nixon and John F. Kennedy.  Even David Greenberg, writing for the liberal publication Slate back in 2000, acknowledged the election was very possibly stolen from Nixon.

“Even before Election Day,” Greenberg wrote, “rumors circulated about fraud, especially in Chicago, where Mayor Richard Daley’s machine was known for delivering whopping Democratic tallies by fair means and foul.”

“(S)ome fraud clearly occurred in Cook County,” Greenberg continued. “At least three people were sent to jail for election-related crimes, and 677 others were indicted before being acquitted by Judge John M. Karns, a Daley crony. Many of the allegations involved practices that wouldn’t be detected by a recount, leading the conservative Chicago Tribune, among others, to conclude that ‘once an election has been stolen in Cook County, it stays stolen.’”

And what about the 2008 U.S. Senate race between Al Franken and then-Sen. Norm Coleman.  Franken “won” by the razor-thin margin of 312 votes. However, a post-election investigation, as reported by Ed Barnes of FOX News, “found that at least 341 convicted felons in largely Democratic Minneapolis-St. Paul voted illegally.”

Sadly, though, this is nothing new.

“Accusations of rigged and stolen elections have been a commonplace of U.S. history,” Stephen L. Carter wrote this week in Bloomberg News. “In the hotly contested race of 1800, supporters of Aaron Burr insisted that Thomas Jefferson had cheated him out of the presidency. Allegations of fraud similarly plagued the 1824 contest between Andrew Jackson and John Quincy Adams.”

So get off Trump’s back about not conceding this race before the votes are tallied.  His concerns are legitimate.  Unfortunately, the same can’t be said for how the mainstream press has covered this race.