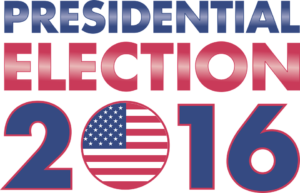 Only because everyone already knows I have no problem with saying “I told you so” – I told you so.

For all the pundits out there who are saying today about Donald Trump’s stunning victory, “Nobody saw that coming,” here’s what I wrote for the Boulder City Review on July 16, 2015 – well over a YEAR AGO…

“And can we give the Trump-hate a rest, please?

“Donald Trump is no ‘carnival barker.’  He’s a master marketer. And the Robert Collier Principle of marketing is to ‘enter the conversation already taking place in the customer’s mind.’

“As such, if you read what the man actually said about Mexico regarding ILLEGAL immigrants – as opposed to what the media and the man’s enemies are saying he said – he was right.  And it also happens to be what an awful lot of Republican primary voters have had on their minds for a long time.

“Trump – like Carson and Fiorina – is an outsider.  He’s not part of the political class.  He also gives it to us straight, not how politically-sensitive inside-the-beltway speechwriters spoon-feed it to us.  And he’s anti-GOP establishment.

“An awful lot of Republican primary voters are attracted to those qualities even if Trump has taken decidedly non-GOP positions on certain issues in the past.  His growing popularity goes well beyond ideology.”

I followed that up with the following in my weekly column in the Nevada Appealon July 28, 2016…

“For years the media has twisted innocuous statements made by conservatives into alleged racist, homophobic, anti-woman, anti-poor attacks that were never intended as such. But rather than standing their ground and fighting back, many a Republican candidate instead issues a feeble apology that is never accepted by the liberal Speech Police.

“So far every time the media and the GOP establishment thought they had Trump dead to rights, he slipped by them. To paraphrase Clint Eastwood’s Confederate sidekick in The Outlaw Josey Wales: ‘Whupped ‘em again, didn’t we Donald?’

“Folks, a political campaign is a sales and marketing campaign. And no matter what else you think about Donald Trump, he is a MASTER at sales and marketing.  And he’s getting better on the stump every…single…day.  Write him off as the GOP nominee at your peril.”

So it’s not like no one saw it coming.  Only the Republican establishment, the pollsters, the prognosticators, the liberals, the Democrats and the mainstream media didn’t see it coming.

And it’s not like there’s no explanation.  As the old saying goes…

Now let’s get down to making America great again!

P.S.  Not that I wasn’t having some doubts of my own as Election Day neared.

Last Saturday my daughter Jenna asked if she could adopt a kitten from Windy’s Ranch & Rescue where she volunteers every weekend.

Like any good father with a house full of pets already, I said no.

Then Miss Janice, who runs the rescue ranch, chimed in by saying, “If Trump wins, can she have it?”

At that point I figured a Trump victory – as unlikely as it was appearing at the time – would be worth it.  So I agreed.

And so we’ll be adding a new member to the Muth household this weekend. The art of the deal indeed!

P.P.S.  I’m going “dark” for the next 48 hours.  My other daughter, Kristen, and I are taking a long overdue 2-day “staycation” at a Las Vegas resort and are NOT taking our cell phones or computers.  Hold down the fort ‘til I return, please.

While yesterday wasn’t a great day for Nevada Republicans, it was pretty sweet for Donald Trump supporters and Nevada conservatives who got a little “payback.”  Some day-after observations…

Karl Rove is full of $#&!  He said last night that Trump owed his victory in Wisconsin to House Speaker Paul Ryan and Trump, therefore, shouldn’t seek Ryan’s ouster as Speaker.

Oh, puh-lease.  Ryan’s head should be the FIRST one on a pike.

Speaking of which, now that we have a Republican president, a Republican House and a Republican Senate, which day in January or February 2017 will the bill repealing ObamaCare be signed?  Congressional Republicans no longer have ANY excuse for not getting it done.

I hope the insufferable eye-candy talking head Megyn Kelly is soon booted from FOX News and ends up bracketing Rachel Madcow’s unwatchable show on MSNBC for the inauguration.

In looking at how close Nevada came to landing in Trump’s column, it can safely be said that it wasn’t Hispanics who cost the next president a victory in the Silver State, but all the establishment Republicans – particularly Gov. Brian Sandoval, Sen. Dean Heller and Lt. Gov. Mark Hutchison – who refused to hop on the Trump train and gave Hillary Clinton aid-and-comfort here.

Had they gotten with the program and backed the GOP nominee the way other Republicans such as Newt Gingrich, Rudy Giuliani and Sen. Jeff Sessionsdid, Nevada would have again been a “red” state.

Also, I think it’s fair to say, again looking at the closeness of the numbers, that Joe Heck and Cresent Hardy lost their races for no reason other than the fact that they “un-endorsed” Trump just three weeks before Election Day.  Self-inflicted mortal injuries.

The Biggest Loser of Election 2016 in Nevada has to be State Sen. Tax Hike Mike Roberson.

After betraying his constituents by breaking his Tax Pledge and greasing in Sandoval’s $1.4 billion tax hike last year, the Pompous One went on to not only lose his congressional bid in this year’s GOP primary, but succeeded in losing his majority in the State Senate.

The loss that sealed the GOP’s minority status was Victoria Seaman – whose refusal to re-sign the Taxpayer Protection Pledge after breaking it nine times in the Assembly last year, combined with her arrogance and delusional ego, cost her an election she should have won.

That’s what you get when you don’t dance with the ones who brung ya! Sayonara, Seaman.

Speaking of that big tax hike, 9 of the 13 RINO (Republican in Name Only) legislators in the State Assembly won’t be coming back next year.  Four chickened out and didn’t run for re-election, two were taken out in GOP primaries and three were wiped out yesterday by Democrats.

It’s not nice to fool Mother Nature – or grassroots conservatives!  A lesson for future RINOs to bear in mind the next time a big tax hike comes before them.

Assembly Republicans, who blew their once-in-a-lifetime majority last year by voting for the largest tax hike in history, also lost their majority.  But here’s the silver lining for conservatives…

It looks like the new 15-member GOP caucus is split 8-7 between conservative outsiders and moderate establishment insiders.  If the conservatives get their act together, they have the votes to oust tax-hiking RINO “leaders” John Hambrick and Paul Anderson – just as Minority Leader Pat “The Appeaser” Hickey was ousted after the 2014 elections.

Speaking of Hickey: The smarmy spineless wonder lost his bid to keep his Golden Parachute appointment to the State Board of Education.

And speaking of education, those ESA’s/school vouchers that establishment Republicans have been crowing about since last session are now probably dead since our RINO governor refused to include a simple, court-ordered funding fix during the special session last month.

And speaking of ESA’s, congratulations to victorious District Court Judge Eric Johnson – who ruled in FAVOR of the ESA’s earlier this year in a lawsuit to block them brought by the ACLU.

And congratulations to Nevada’s “budding” marijuana industry for a hard-fought, nail-biter that will allow the Silver State to compete with the Golden State for recreational potheads everywhere.

Of course, there were some losses and disappointments, as well.

The gun-grabbers won a squeaker on the background check initiative.  Of course, the new law will do absolutely nothing to stop violent crime or criminals from getting guns.  Which means the gun-grabbers will be back with a NEWfeel-good gun-grabbing measure very, very soon.

And Danny Tarkanian came up short in his bid to keep Heck’s congressional seat in GOP hands.  But about that…

Tark did an absolutely AMAZING job in ousting Roberson in the GOP primary back in June.  And looking at the results, it’s safe to say Roberson would have lost this race by an even BIGGER margin.

More importantly, when Tark was pressured – and I mean REALLY pressured by the GOP establishment folks – to join all the others last month in withdrawing their Trump endorsements, Tark stood tall and refused to cut and run.

That took cojones.  That showed real character.  Tark was a mensch.

It’s our loss that he won’t be going to DC with President Trump.

And, of course, that’s the perfect way to end this report…

“You may remember that I quoted Washington Post reporter Karen Tumulty several times this cycle as having
said after the 2016 Mid-Terms ‘We’re about to find out whether this is a new Democratic coalition, or an Obama coalition.’  We found out. Obama has no coattails. He doesn’t even have a hanging thread for Democrats to grasp at in desperation.” – Rich Galen, Mullings.com