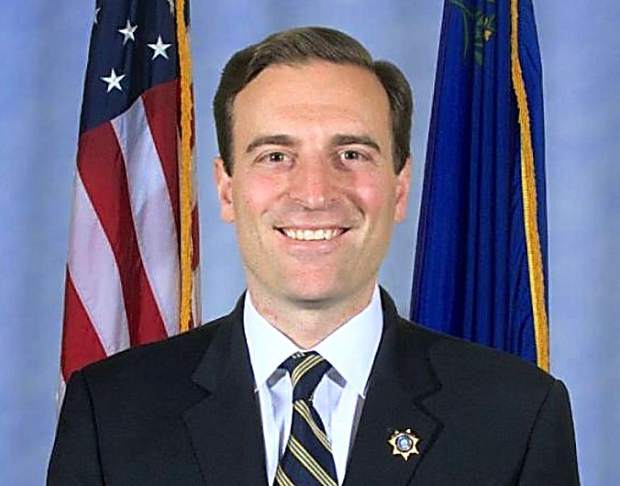 (Nevada Attorney General) Today, Nevada Attorney General Adam Paul Laxalt led a coalition of 21 states in filing a federal lawsuit challenging the United States Department of Labor’s new overtime rule. If implemented, the new rule would more than double the minimum salary cutoff under which employers must pay overtime to their employees. The rule will force state and local governments and small businesses to substantially increase their employment costs at the expense of their budgets and services. The rule will also likely lead some employees to be reclassified as hourly workers with the potential of reduced hours and pay. Public and private sector layoffs may even be necessary. The complaint urges the court to prevent the implementation of the new rule before it takes effect, which is scheduled for December 1, 2016.

“The Department of Labor’s new overtime rule is the latest in a series of unlawful, overreaching and unilateral actions taken by President Obama’s administration,” said Attorney General Laxalt. “Longstanding federal law requires an overtime exemption for ‘bona fide executive, administrative, or professional’ employees. Ignoring this federal law, the Department of Labor by executive fiat is forcing State, local and private employers to pay overtime to any employee who earns under a certain amount, regardless of whether that employee is actually performing ‘executive, administrative, or professional’ duties.”

AG Laxalt continued, “Worse, this unlawful rule will automatically increase the salary cutoff every three years, ensuring that its pernicious effects last long after this President leaves office in a few months. This rule, pushed by distant bureaucrats in DC, tramples on state and local government budgets, forcing states to shift money from other important programs to balance their budgets, including programs intended to protect the very families that purportedly benefit from such federal overreach.”

If allowed to take effect in December, the rule will affect private and public employers equally. Labor-intensive industries, like Nevada’s tourism economy, will be hit particularly hard—small businesses the worst. Thousands of state and local employees across the country will be affected by the new rule, impacting virtually every state and local government budget in the country.

Representatives of Nevada’s small businesses and tourism industry, as well as the largest employers in the State, applauded AG Laxalt’s leadership of this multistate challenge.

“Nevada’s businesses are small businesses,” says Randi Thompson, State Director for the National Federation of Independent Businesses (NFIB). According to NFIB research, nearly half of all small businesses employ at least one person who would be affected by this overtime rule. Many of these firms don’t have the resources, the personnel or the time to meet the December 1st deadline. It’s a very costly regulation that is made more damaging by the arbitrary deadline. To place such a big burden on small businesses that are gearing up for the make-or-break holiday season is cruel and unusual punishment.”

The Nevada Resort Association (NRA), representing Nevada’s tourism industry that accounts for 28 percent of Nevada’s jobs and almost half of its tax revenues, added: “The Nevada Resort Association has serious concerns about the Department of Labor’s recently promulgated regulations concerning overtime. By nearly doubling the threshold amount for exempt employees, the regulation results in abrupt increases in taxes and labor costs. Such dramatic increases are particularly difficult to manage in an industry with tens of thousands of employees and in which labor costs are a significant percentage of total expenses. Considering that the Nevada economy is still recovering from the Great Recession, and the magnitude of the impact of these increased costs, the effective date of December 1, 2016 simply does not provide sufficient time for our members to adjust to these costs or to implement the mandated changes in personal policies and procedures.”

Nevada’s local businesses agree. “The Las Vegas Metro Chamber is adamantly opposed to the U.S. Department of Labor’s new overtime rules because this significant policy shift more than doubles the current rates and will likely harm job growth in Nevada,” said Kristin McMillan, president and CEO of the Las Vegas Metro Chamber of Commerce, the largest business association in Nevada. “This dramatic change in the threshold amount and the expedited timeline for implementation makes it too difficult for businesses to comply with these mandates, including many small businesses. We believe that many employers across our state and the country—large and small alike—will not be able to meet the high cost of these ongoing rate changes, and as a result, will be forced to curtail hiring or even lay off employees.”

Tray Abney, Director of Government Relations for The Chamber of Reno, Sparks and Northern Nevada added, “The Chamber applauds Attorney General Laxalt for defending job creators against this vast overreach by federal bureaucrats. While our membership believes that our employees should be paid appropriately for their hard work, this drastic change is much too fast and much too soon for small businesses. The magnitude and immediacy of the overtime threshold, coupled with future increases set on autopilot is unreasonable and adds to the list of challenges that businesses face every day. The Chamber appreciates our attorney general for defending us.”

As background, on March 13, 2014, President Obama issued a directive to the Department of Labor ordering the revision of the Fair Labor Standards Act’s overtime exemption for executive, administrative, and professional employees—the so-called “white collar” exemption. On May 23, 2016, the Department of Labor issued the final new overtime rule. It doubles the minimum salary that must be satisfied before an employee is exempt from overtime, regardless of whether they perform executive, administrative, or professional duties. After December 1, 2016, all employees are entitled to overtime if they earn less than $913 a week—including state and local government employees. Additionally, the new rule contains a mechanism to automatically increase the salary-level every three years without going through the standard rule-making process required by federal law.

The filed complaint and additional information are attached.

N&V StaffJanuary 1, 2021
Read More
Scroll for more
Tap
Nevada congressman seeks memorial for helicopter crewmen killed during Vietnam era
Welcome to Nevada: the State That Could Decide Who Becomes The Next U.S. President