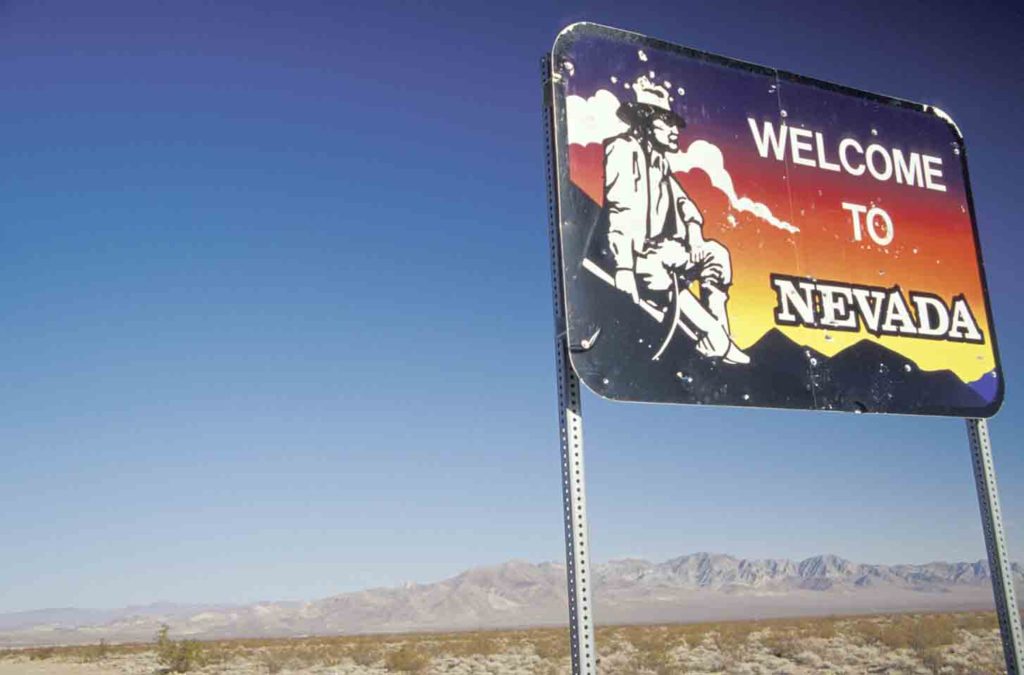 (Ashley Johnson, NPRI) This weekend, most of the country will take time to enjoy Halloween. For some that means giving candy to trick-or-treaters in costumes that mothers spent hours on Pinterest getting just right. Others will watch the Charlie Brown classic, “It’s the Great Big Pumpkin.” And young thrill-seekers will attend a Walking Dead themed haunted house.

While the rest of the country celebrates Halloween, Silver State residents have another added bonus to the weekend: Nevada Day. The Silver State is one of the only states to continually celebrate the day it came into the union — and this year Nevada will celebrate its 152th birthday.

But perhaps Nevadans should take a minute and think about whether or not a celebration is really in order. Why? Because one issue has continued to haunt us since the day Nevada first entered the union: our state lands. Currently about 87 percent of Nevada lands are owned and managed by the federal government.

On October 31, 1864, when Nevada was granted statehood, one important clause was added into the state’s constitution. Under this clause, the state residents agreed to disclaim all rights and titles to the unclaimed public lands within the territory. This was agreed upon so as to allow the federal government the ability to easily sell the land to Nevada residents in public auctions.

But that never happened.

The federal government has not sold the land — or even made steps to relinquish control to state government.

Not only are we unable to control our own backyard, but we are losing out on a wealth of potential revenue. A recent estimate by the Nevada Land Management Task Force calculated a net of $205.8 million in potential annual revenue by state and local governments if they were to control just 7.2 million acres of land currently owned by the Bureau of Land Management (BLM).

An additional $1.3 billion of annual revenue would be realized if state and local governments managed the roughly 45 million acres of BLM-held lands.

Nevada is losing money in the millions, if not billions, by forfeiting control over our own land. This is a battle that Nevada cannot afford to lose any longer.

And Silver State residents have had enough.

In the 1990s, an amendment to the state constitution was proposed that would remove this overbearing clause our state originally agreed to. Although the amendment had support of both chambers in the Nevada State Legislature, little was accomplished from those efforts due to the clause itself. In order for this amendment to be ratified, Congress needs to agree to the provision or a judge determine that Congressional consent is not needed. Neither has happened.

Because that didn’t work, Nevadans went about an alternative route to get our lands back.

In the 2015 Legislative Session, Nevada lawmakers passed SJR 1 requesting land transfer of federal control to state control. The resolution laid out a plan designed by the Nevada Land Management Task Force for which to transfer the lands. The plan would have the federal government relinquish control in phases over the course of ten years, giving ample time to logistically get the transfer completed. This seems a more promising option to gain control back of our lands — if only Nevada legislators stand their ground.

Nevada has been a state for 152 years and yet still fails to control over 80 percent of her own backyard. And a clause in our state constitution, intended for the quick transfer of lands, has done nothing but hinder Nevada.

Nevadans have taken action, but now we must make sure to follow through.

On October 31st the rest of the country will enjoy scary themes about ghosts and goblins, hand out candy to trick-or-treaters and attend costume parties. Nevadans will too, but it’s also a day which should remind us, we don’t even control most of our own state.

Now that is scary thought.