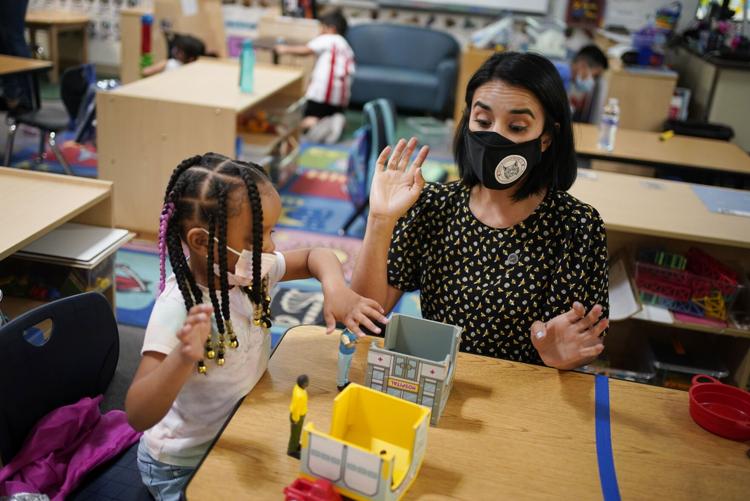 (Robert Davis) – The Nevada State Board of Education this week released its five-year plan to help improve students success.

The board’s “Vision and Goals” document contains two goals: moving the state into the top-10 for K-12 student achievement and increase the number of students achieving a diploma to 50%.

“We know that student outcomes don’t change until adult behaviors change,” Felicia Ortiz, president of the board, said in a statement. “With these Goals and Vision in place, our Board and the team at the Nevada Department of Education are signaling our unwavering commitment to do the work necessary to improve outcomes for all of Nevada’s students, especially those who have been historically underserved.”

According to Education Week’s 2019 K-12 Achievement Index, which ranks state schools based on 18 different metrics, Nevada earned low marks in 2019 despite its status as one of the “most improved” school systems.

Nevada earned a D+ in the rankings. Some factors that negatively impacted the state’s score include an increasing poverty gap and a low achievement rate for eighth grade math test takers.

Nevada has shown considerable improvement in its number of students that qualify for advanced placement and its overall graduation rate, which increased by 10% between 2013 and 2017, according to the rankings.

The most updated version of the K-12 Achievement Index is scheduled to be released in September.

Nevada education officials plan to narrow the graduation rate gaps between different student groups and raise its overall graduation rate average. Black students made up 13% of the student body last year, but accounted for just 5.6% of diplomas received.

“Nevada typically receives a negative perception in national rankings, but our student achievement levels continue to increase year-over-year,” Superintendent Jhonne Ebert said in a statement. “We are proud that our students have attained the 18th ranking nationally and are committed to supporting them in equitable achievement gains in the coming years.”