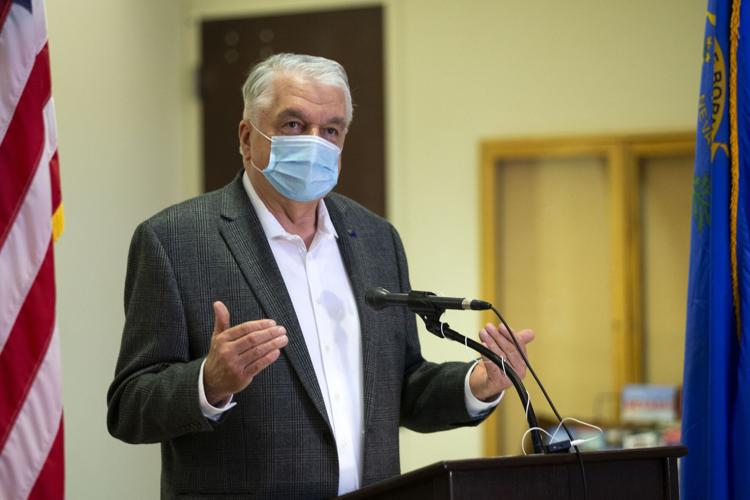 The plan includes increasing grant funding by $100 million over the next two years and $500 million annually within the next five years. Funding will be dispersed between education, physical health, affordable housing, health care, infrastructure, and local economic stimulus.

In order to ease the path of the funding to its recipients, the state is taking a multi-prong approach, officials said. Treasurer Zach Conine explained the state is working with local legislators to identify bureaucratic barriers to funding, creating a single source for grant announcements, and align state funding goals with local needs.

He estimated that $639 million in health care programs, $78 million for education, and $21 million in energy and natural resource grants are left on the table annually.

“All of these dollars could fund programs Nevadans care about like nutrition programs, affordable housing, and healthcare programs,” Conine said.

“I know I’m preaching to the choir when I say this, but Nevada has historically underperformed in taking advantage of federal dollars and resources,” Sisolak said.

“Nevada ranks—get ready—47th in the nation when it comes to leveraging federal grants. We also leave millions of dollars in federal assistance for Pell Grants and earned income tax credits on the table and unused,” he continued.

During his State of the State address, Sisolak described the COVID-19 pandemic as both a public health and economic crisis. State funding decreased 2% year-over-year largely due to local restrictions on leisure, hospitality, and gambling businesses.

The governor’s proposed $8.6 billion biennial budget includes $226 million in a one-time injection, $50 million of which would be used to assist small businesses, and an additional $342 million in supplemental appropriations to complete this fiscal year.