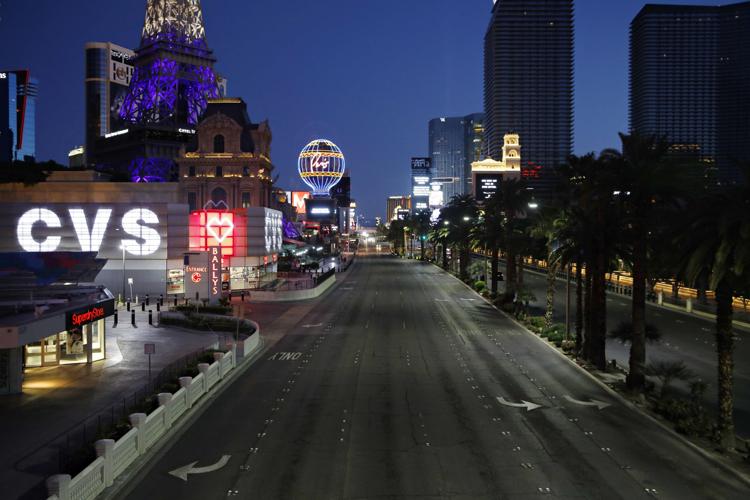 The Las Vegas Strip is deserted as casinos and other business are closed because of the coronavirus outbreak, Tuesday, April 14, 2020, in Las Vegas.
AP Photo/John Locher

(Derek Draplin) – Initial unemployment claims in Nevada are down 24 percent from the prior week as the fallout continues from efforts to control the coronavirus outbreak.

Over the course of the past four weeks, more than 303,700 Nevadans have filed for unemployment.

The U.S. Department of Labor released numbers Thursday morning detailing unemployment for each state for the week ending April 11. Nevada residents filed 60,180 initial claims that week, down 24 percent from the previous week’s 79,285 claims.

Nevada has 3,321 coronavirus cases and 137 deaths as of Thursday morning.

“With the near total shutdown of businesses during the COVID-19 response, including the gaming industry that makes up the lifeblood of our State’s economy, it is inevitable that this unexpected drop in revenue will force the State of Nevada to make tough budget choices in order to continue protecting the health and safety of our citizens,” Sisolak said.

N&V StaffNovember 4, 2022
Read More
Scroll for more
Tap
Reopen Nevada Protest Rallies Turn Up Heat up on Sisolak
Sisolak Can’t Have it Both Ways: Shut It All Down or Open It All Up