Nintendo just grew by $7.5 billion thanks to ‘Pokémon Go’ 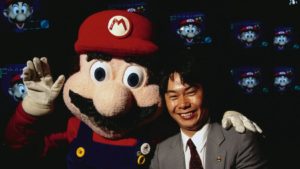 (JASON ABBRUZZESE, Mashable) Pokémon Go has emerged in just a few days as a cultural phenomenon.

In an even shorter amount of time, it’s also looking like a savior for Nintendo.

The hope that Nintendo may have finally cracked mobile gaming sent shares in the company soaring, adding around $7 billion to the value of the company in the past couple days of trading in Japan.

The frenzy reflects just how unexpected of a success Pokémon Go has been, and how low expectations have been for the Japanese video game company.

Nintendo had previously eschewed mobile gaming, a stance that its former CEO Satoru Iwatahas been walking back in recent years. Nintendo launched its first mobile game, Miitomo, in conjunction with DeNA in February.

Now, there’s some thought that the success of Pokémon Go has shown that when Nintendo wants to do mobile, it can produce hits with its stable of popular characters.

Nintendo stocks are up +22% because of Pokémon Go. Imagine what happens when other Nintendo classics like Mario come to iPhone and Android.