Not Normal – To Say The Least

Not Normal – To Say The Least
N&V Staff 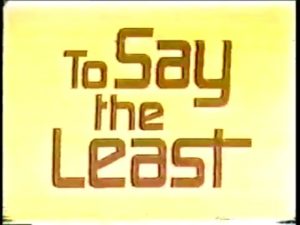 (Roberta Rothwell) I am White; female; college educated with Degrees in Accounting and Computer Programming; a blue-collar, Teamster Union Steward, 30-year truck driver, and Pro-Choice. WHY AREN’T I A DEMOCRAT, YOU MIGHT ASK! Three words: Duplicity. Disdainful. Disreputable.

Duplicity, or the act of double-dealing: For example, Hillary’s plan to stimulate the economy. Take from the rich and middle class to dole out more to those on Welfare. Oh, but you say, she is going to create jobs by rebuilding infrastructure such as bridges, roads and services, and those without jobs who are on Welfare can get back to work. So, this is another pay-for-play scheme hidden as job creation? What? Make people Work to get Government-handed-out Welfare? When Republicans suggest this there is uproar.

Disdainful, or looking down one’s nose at someone whose ideas are different than yours: Aren’t the Democrats always the ones touting Tolerance? It’s okay to Disrespect the Flag, the National Anthem, the Police, the Military, and those Deplorable Trump supporters, but God-forbid you want to call a gathering an American BBQ, or wear a small symbol on your football helmet to honor five fallen policemen. Oh, did I just offend someone? Should that have been Allah-forbid? Free Speech is Everyone’s Right, unless you disagree with Liberal Professors and School Administrators. Call for the death of Cops, but let’s not have a place for prayer on campus or in a Government building.

Disreputable, or dishonorable, disgraceful, low and scandalous: Pretty well sums up the Clintons, doesn’t it? From sex in the Oval Office to private email servers in the basement, we’ve seen, or at least heard about, it all. From Pay-to-Play to four avoidable deaths in Bengazi, many Americans wonder how much lower can these people go. I, for one, wish they would just disappear from the public’s eye. Enough is enough.

New revelations have just been released. Trump trash-talked about women and Clinton’s public comments about a subject vs. her REAL beliefs and what she plans to do once she is President. And what’s getting the most attention? The evil Trump. Rappers call women “Ho’s, Bitches, C-word, etc on MTV, records and radio! A football hero cold-cocks his girlfriend in an elevator and all is forgiven because she admits, “I deserved it!” It’s “cool” for females to call each other “Bitches” – watch “Bridezillas” one time. Trump could cut off his. . er, . . right arm as an apology, and that would still not be good enough for some. Clinton just keeps lying. That’s one thing I admire about Democrats. They rally around their corrupt politicians instead of scattering like Republican Leadership Rats off a sinking ship screaming, “I told you so, I told you so!”

I worked as a truck driver for thirty years. Believe me, I have heard it all. Was it offensive? Yes, sometimes. Did it “hurt me” in any way? No. Not near as much as the back-stabbing from female co-workers or friends. I made equal pay for equal work. But some females who hired in after me whined about having to lift heavy boxes and accused the boss of “sexually harassing” them when clocking in late. I watched these women flirt and rub up against guys when they wanted a favor, only to complain when he made “unwanted and inappropriate moves” on them. More than once I wished it were back to just me and thirteen men.

The corruption at the top rivals that of Saddam Hussein’s regime. When the FBI condones the destruction of laptops of two people who have been given immunity, thus destroying evidence subpoenaed by the Congress; when blatant double standards are awarded to someone in power; when a President makes up his own laws, ignoring the balance of power set up by the framers of the Constitution; and the masses turn a blind eye to voter fraud, we are at the beginning of the end of Freedom and Democracy.

Oh, and Seniors – I hope you have taken notice! For all the years the Democrats terrified you with the threat the Republicans want to take away your Social Security and Medicare benefits – well – look who’s actually doing it to you right now! Your Taxes and Medicare payments are rising in order for the Democrats to buy votes of ILLEGAL aliens, thousands of refugees, Welfare recipients, and dead people, with FREE EVERYTHING for them, and less for us of what we WORKED for all our lives.

Wake up America, or we won’t have an America to wake up to!