To Heck with Congressman Heck? Not So Fast…

To Heck with Congressman Heck? Not So Fast…
N&V Staff 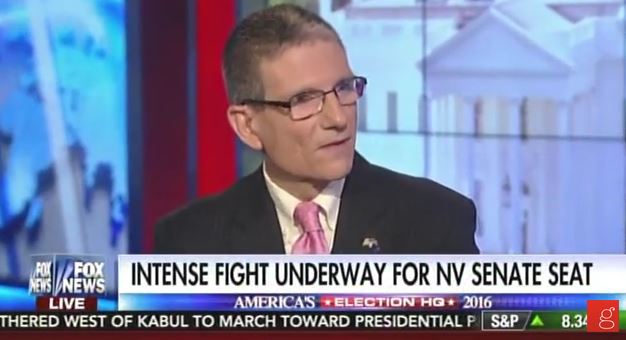 (Chuck Muth) – Over a  year ago – even before the first GOP presidential debate – I wrote a column titled “Trump Fever: Catch It!”  So I’ve been a Donald Trump supporter for a long time.

As such, I was certainly not a happy camper when a number of Republican elected officials recently withdrew their support from Trump over a leaked conversation that included “locker room” talk which actually pales by comparison to just about any Lisa Lampanelli comedy routine.

One of those elected officials was Nevada Congressman Joe Heck, who is now running for Harry Reid’s U.S. Senate seat.  In response, many Trump supporters are now saying they won’t vote for Dr. Heck.  And believe me, I get it.  I had the exact same initial reaction.  However…

The fact is Republicans have only a slim majority in the U.S. Senate right now.  And if you look at the electoral map, whichever party wins the Nevada seat could very well be the party that controls the majority when the Election Day smoke clears.

If Masto-Reid wins, that means uber-liberal New York Sen. Chuck Schumer could be the next Senate Majority Leader.  And if Trump wins, that means Schumer will bottle up all of the reforms and changes Republicans otherwise would be able to make.

On the other hand, if Hillary wins that means Schumer will grease her agenda through the Senate the same way Reid did for Obama.  Remember, that’s how we got ObamaCare!

Worse, Clinton and Schumer will be filling SUPREME COURT vacancies.  And if we lose the Supreme Court, that won’t just be a problem for our nation over the next four years, but for the next FORTY.

Folks, if you don’t vote for Heck and he loses, that means he gets to return to his private life as a very successful physician.  But you and I will be stuck with Masto-Reid for the next six years, and possibly Majority Leader Schumer.

So in reality, we won’t really be hurting Dr. Heck so much as ourselves, Nevada and possibly the entire nation.

Yeah, it’s a crummy hand.  But at this late date and under these circumstances, those are the cards we have to play.  It’s too late to reshuffle the deck for this election cycle.

On the other hand, Nevada Gov. Brian Sandoval, Sen. Dean Heller and Lt. Gov. Mark Hutchison – all of whom fled the kitchen when it got too hot – could well be on a GOP primary ballot in 2018. And that will be the right time and place to return the favor.  #NeverForget.

N&V StaffJanuary 6, 2022
Read More
Scroll for more
Tap
If you think Donald Trump’s comments are vulgar, check out Hillary’s potty mouth
The Best Outcome Might Be A Trump Win and A Democrat Senate . . . Couldn’t Be Much Worse Than What We Have Now