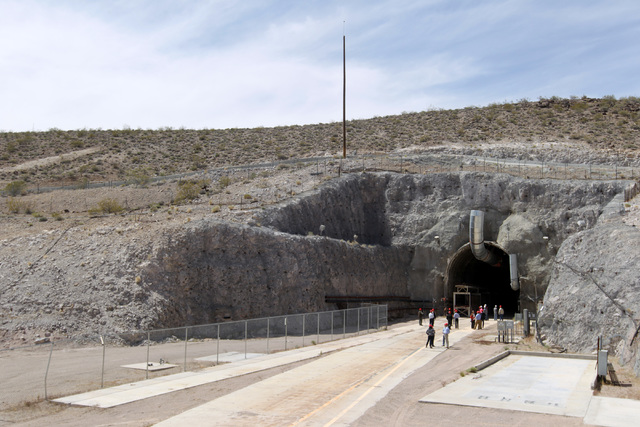 (Gary Martin, Las Vegas Review-Journal) – Yucca Mountain continues to be considered by a Republican lawmaker on a key congressional panel to be part of a comprehensive solution to the continuing problem of storing nuclear waste generated by power plants.

But some Nevada officials say it will take more than money to bring the designated facility north of Las Vegas into compliance to store waste that is being temporarily held at plants across the country.

Following a tour of the San Onofre Nuclear Generating Station near San Diego, Shimkus, whose subcommittee oversees nuclear waste issues, said he planned to act during this Congress to resolve the problem.

Shimkus said he would “push for a comprehensive solution to nuclear waste management that would move spent nuclear fuel out of these communities in a timely manner and toward permanent disposal at Yucca Mountain, as decided by the federal government 30 years ago.”