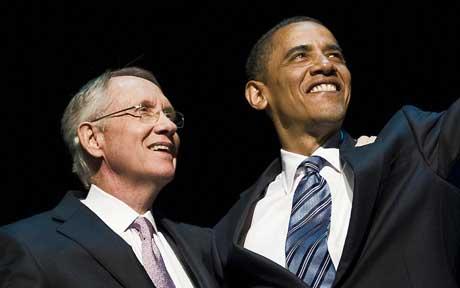 (From The Publisher, Penny Press) I would hope that the lawyers representing the Bunkerville 19 take the ridicules pretrial decisions all the way to the United States Supreme Court before they give into the star-chamber the U.S. Attorney wants to run with the help of Presiding Nevada Federal Judge Gloria Navarro and her sycophant, Magistrate Peggy Leen.

For starters, Navarro is trying her best to keep attorney Larry Klayman from representing Cliven Bundy. Additionally, they want to try all 19 together.

Then, there is the fact that most of the 19 are still in jail with no bail. The prosecutors told the Judge that the 70-year-old Bundy was a danger to the community.  Bundy is a rancher who—during the 2014 standoff with the BLM—was mostly on his own 160 acres in rural Bunkerville.

And now, Leen has actually ordered that much of the “evidence” be kept secret from the taxpaying public.

These aren’t real secrets like the ones on Hillary Clinton’s illegal email server.

Or the fact that it took the Obama administration almost four years to fess up about the reason for the Benghazi attack and admit that it was actually an act of radical Islamic terror.

No, this is a personal vendetta of soon to be retired Prince Harry Reid who called Bundy and the people who gathered in 2014 in support of him at his ranch “domestic terrorists” all the while reminding Navarro and the prosecutors who was responsible for their appointments.

Exactly what you want from the same judicial system which declined to prosecute Hillary Clinton for misusing classified information.

And you wonder why Donald Trump won the Republican nomination and is on his way to kicking Ms. Clinton’s butt November 8.

At its core, this is a case about government overreach, the First Amendment and the Second Amendment.

Bundy has been fighting the Bureau of Land Management since 1991, when it decided that Bundy’s 950 head of cattle would eradicate the Desert Tortoise so they pulled his grazing allotments.  He and his ancestors had been running those allotments since 1877.

It took until 2014—23 years—before the BLM actually did anything.  In that time, it became obvious that 950 head of cattle had not only NOT decreased the Desert Tortoise habitat but it is only listed as “threatened” as opposed to “endangered”.

In 2014, they decided to round up and sell Bundy’s cattle.

There followed a great outcry and many folks showed up at the Bundy Ranch to protest.  A lot of those folks were armed because Nevada is an open carry state and that is perfectly legal.

While not a shot was fired, the BLM decided that given how stupid they looked, they would free the cattle and return them to Bundy.

The persecution of the Bunkerville 19 two years later is a fulfillment of Reid’s moronic promise.

But this is America.

We don’t keep political prisoners in jail, make evidence a state secret and deny people their choice of counsel.

We don’t even do that to REAL criminals.

The Obama administration looks at terrorism as a crime which should be handled by prosecutors.  Otherwise they would have killed the Bunkerville 19 with hellfire missiles from a Predator drone.  After all, the home base of the Predator is very close to Bunkerville. Even Khalid Sheikh Mohammed got his choice of lawyer.

But as the Department of Justice has turned the Clark County Detention Center into Nevada’s very own gitmo it looks like Bundy is going to have to live in the shadow of the strip until a court says otherwise. What happened in Bunkerville stays in Vegas.

Fortunately, there is a good chance that Donald Trump will win the next election, appoint a serious judge to replace the late Antonin Scalia and a sane prosecutor to replace Prince Harry’s friends.

At that point, the indictment on charges of conspiracy, assault on a law enforcement officer, carrying a firearm in a crime of violence, obstruction of justice, interference with commerce by extortion and aiding and abetting others in breaking the law may never make it to trial because sane people may be running the Department of Justice.

If there was ever a reason to elect someone whose judicial philosophy is closer to Mike Pence than Barack Obama, this case provides a stark illustration.