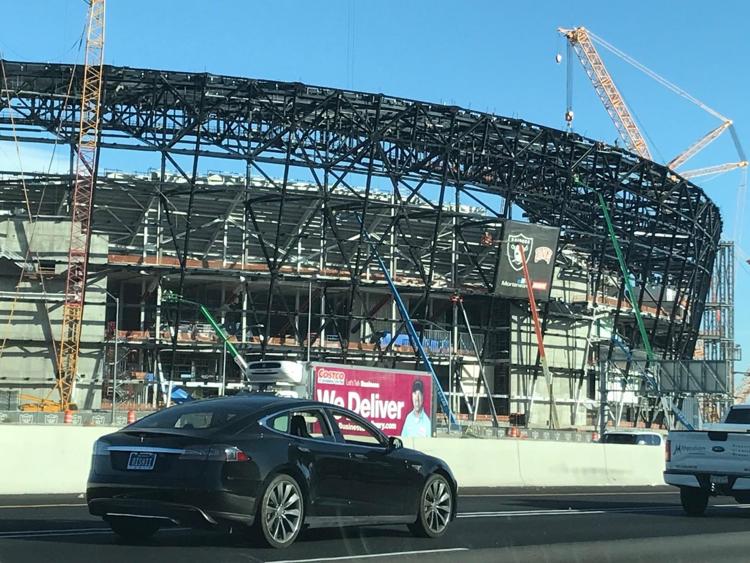 (Johnny Kampis) – A rewrite of the federal Community Reinvestment Act (CRA) may result in investors getting tax breaks for helping to finance upgrades to sports stadiums that are located in opportunity zones.

The future $1.9 billion Allegiant Stadium in Las Vegas (to which taxpayers are contributing a record $750 million) is among more than a dozen NFL stadiums that could qualify if these changes are made.

Regulators from the Federal Deposit Insurance Corporation and the Office of the Comptroller of the Currency appointed by President Donald Trump have drafted a list of new ways banks could meet their obligations to qualify for tax breaks under proposed changes to the CRA. This would be the first major adjustment of the act since 1995. As part of the long-gestating overhaul, the Treasury Department designated 8,764 areas as Qualified Opportunity Zones. The zones, usually in low-income areas, are designed to spur economic development and job creation. Investors who help develop real estate projects in the zones may defer tax on eligible capital gains.

As first reported by Bloomberg, the list of potential additions to the CRA includes a line about financing stadiums: “Investment in a qualified opportunity fund, established to finance improvements to an athletic stadium in an opportunity zone that is also (a low- or moderate-income) census tract.”

Bloomberg pointed out that at least 12 NFL stadiums are located in opportunity zones, in addition to dozens of venues for other professional sports. Allegiant Stadium, whose construction should be completed this summer, will host the NFL’s Raiders when they move to Las Vegas in the fall. The stadium is located in the southwest part of the city, just off the famed Las Vegas Strip and one of the lower income areas of Las Vegas.

Neil deMause, creator of the stadium subsidy-tracking website Field of Schemes, said it’s possible the changes could provide banks more incentive to lend to sports projects over other investments.

“That could result in lower interest rates for sports team owners (because banks will be OK with earning less interest if it helps them check the CRA box), and could end up doing so at the expense of actual projects to help low-income communities, if we assume that that’s what the CRA is actually doing now,” he wrote.

Critics worry the new rules will be too lax on investors, whose participation in the CRA helps the FDIC and OCC decide whether to allow them to add branches or take over rival financial institutions. A proposal would allow banks to get a failing grade on up to 50 percent of their assessment areas and still pass their overall CRA examination, Next City noted.

Woodstock Institute Senior Vice President for Policy Brent Adams told the outlet that the new rules could be “devastating” to some groups.

“The changes are dramatic, and correspondingly they could produce a dramatic shift in the flow of capital, and for some entities that could be devastating,” he said.

Steve Glickman, who helped design the tax breaks as leader of the Economic Innovation Group but now consults with investors looking to utilize them, has a different take.

While he told Bloomberg he found the passage about stadiums “weird,” Glickman believes the new rules will encourage banks to invest in opportunity zones.

“Banks take CRA really seriously,” he said. “They’ll have to be engaged.”

“There are no safeguards to ensure taxpayers are not simply subsidizing handouts for billionaires with no benefit to the low-income communities this program was supposed to help,” Wyden said in a statement.

The proposed changes to the CRA are now open for public comment, which closes on March 10.