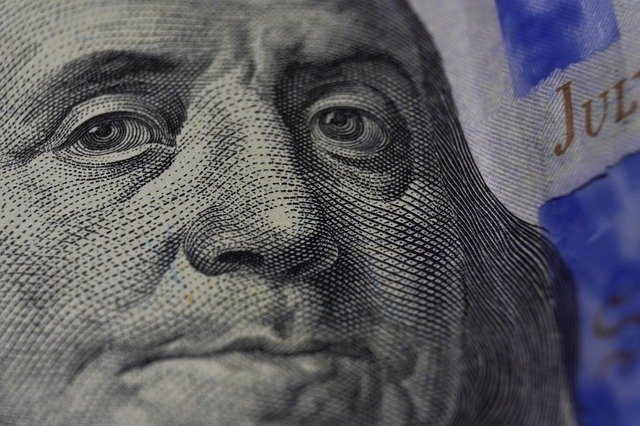 (Ron Knecht) – As Ben Franklin left the Constitutional Convention on September 17, 1787, he was asked what kind of government we would have.  “A Republic,” he replied, “if you can keep it.”
The Founders addressed that and other challenges by establishing checks and balances among three branches of the federal government and between it and the states.
The Constitution’s fostering of the rule of law, individual liberties, economic freedom and other important protections for human flourishing withstood a number of assaults, including the Civil War, for nearly 100 years.  Then, from Otto von Bismarck’s Germany, came progressivism.
It first took root here with the 1883 Pendleton Act, which provided that some federal jobs be awarded based on merit and their employees be selected via competitive exams.  It also made unlawful the firing or demotion for political reasons of employees covered by the act – ending half a century of the political “spoils” system.  Now, civil service covers most federal employees.
All that seemed perfectly reasonable at first, as so many reforms do.
With the rise of labor unions, public employees suggested they should be able to collectively bargain for pay and terms.  But in 1937, President Franklin Roosevelt, a strong supporter of organized labor, drew the line.  He said collective bargaining had “insurmountable limitations when applied to public personnel management.”  Employee groups can’t be considered equals for collective bargaining to the People as a whole, represented by Congress.
In 1960, two percent of state and local employees had collective bargaining; it was 63 percent by 2010.  Now in many states, public employee unions are the tail that wags the policy dog, especially via election contributions.  The public interest is subordinated to this special interest that is as predatory on the public, liberty and growth as it’s allowed by politicians to be.
Back to 1887: progressives created the Interstate Commerce Act to federally regulate railroads’ monopolistic practices, followed by anti-trust law.  Public utility regulation began to replace legislative acts at the federal, state and local levels, reaching transportation, telecommunication, energy, water services and others.  At all three levels, environmental, public health and safety, labor, financial, economic and other regulation has proliferated right up to the present.
Again, it all seemed so reasonable at first.  However, a massive body of rigorous academic literature has documented the capture of regulators to serve the purposes of regulated firms and their investor and labor special interests at the expense of the public and consumer interests and to the disadvantage of new firms, technologies and innovations.
All this delegation of governmental power to mostly unelected political bodies has been termed the modern administrative (or regulatory) state.  With the approval often of courts, these agencies have developed what are called quasi-legislative and quasi-judicial powers – exercising the power of law without legislative action, executive concurrence or even much judicial oversight.
Today’s federal Environmental Protection Agency even seeks to regulate home building by owners of properties where minor mud puddles appear after rains, even though the mudflats have no direct connection to the navigable waters of the United States.  And some state governors mandate Covid-19 shots capriciously.  (I’ve had my two jabs and recommend them for you too.)
As this massive complex of bureaucracies has metastasized, it has diminished economic growth and freedom and thus, arguably, human flourishing and aggregate wellbeing.  And we are all cramped daily by administrative state.  But wait!  There’s more.
Sixty years ago, stakeholder analysis was developed to describe relationships of private firms and governments to special interests affected by their policies and practices.  Soon, this morphed into “stakeholder theory,” which posits that firms owe duties to stakeholders comparable to their basic fiduciary duties to investors.  It holds governments owe duties to special interests comparable to those owed to the citizenry as a whole, taxpayers and the public interest.
So now, among legions of examples, we have oppressive occupational licensing requirements, free speech suppression, tax-hiking prevailing wage laws, government-sanctioned racial discrimination and very uneconomic domestic shipping regulations.  It well may be the cumulative effect of all this has become unbearable to people and untenable for normal commerce.
Prev postNext post
Related ItemsRon Knecht
Opinion
Ron Knecht

Ron KnechtOctober 23, 2021
Read More
Scroll for more
Tap
How Liberals Think v. Conservatives and the Rest of Us
Biden: Wealthy Should Pay Their Fair Share of Taxes