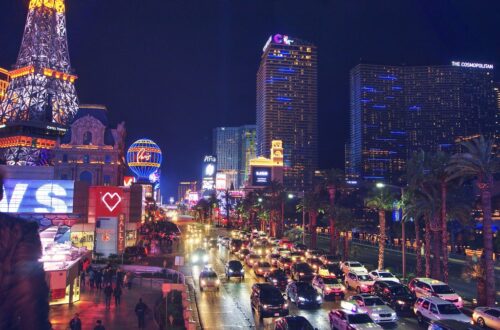 (Cole Lauterbach) – Sin City has no shortage of stages that suffered mightily amid the COVID-19 pandemic, and according to payouts of a federal grant program meant to help them and their employees, a significant portion went to a handful of wealthy magicians.

The U.S. Small Business Administration’s Shuttered Venue Operators Grant has distributed more than $16 billion nationally. In Nevada, 206 entities have been promised more than $193 million in two waves of grants.

The list of businesses is reflective of Nevada’s flashy entertainment industry. Included in the grant-winners are a high-flying trapeze act, exclusive nightclubs, dance troupes, festivals and others.

Illusionist Criss Angel’s Magic Revolution not only received $6,964,936, but his production house, Angel Productions Worldwide, received $6,502,920 in a separate grant. Angel, whose real name is Christopher Sarantakos, is worth an estimated $50 million.

According to the grant criteria, the magicians and others appear to qualify under the “live venue operator or promoter” classification. Reoccurring acts such as Copperfield’s and others have large organizations working behind the scenes to ensure the stage shows go off without a hitch.

Applicants are eligible to receive 45% of their 2019 gross revenue up to $10 million per grant. To qualify for the grant, businesses had to have been open on Feb. 29, 2020. Any federal Paycheck Protection Program loans the companies had forgiven would have to be subtracted from the total grants.

• $10 million: The Smith Center for the Performing Arts;

• $7.6 million: Steve Beyer Productions Inc. (a promoter for cover bands and others);

N&V StaffJune 18, 2022
Read More
Scroll for more
Tap
Flying the Unfriendly Southwest Skies
Las Vegas had one of the highest foreclosure rates in the country during third quarter