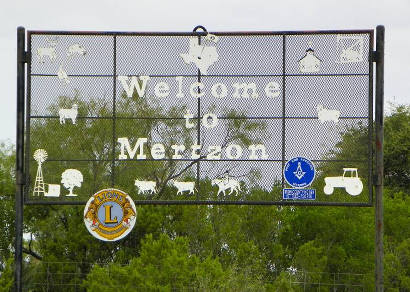 (Chuck Muth) – As the City of Las Vegas considers granting a 15-year monopoly franchise agreement to Republic Services for residential and commercial trash collection, some seem to be taking the attitude that it would be “rude” to ask such a benevolent company to actually compete for this $1 billion-plus contract in an open bidding process.

But when shoe is on the other foot, Republic can be outright vicious.

According to a story published on Tuesday by SanAngerloLive.com, back in 2013 the town of Mertzon, Texas was “ground zero for San Angelo’s trash wars.”  There, Republic and Texas Disposal Systems (TDS) “fought for the exclusivity contract to collect and haul all of the City of Mertzon’s trash.”

According to a SanAngeloLive.com article back at the time, Republic was enjoying and profiting nicely from the city’s monopoly trash collection franchise.  But members of the city council decided “that competition was good” and put the contract up for bid via an RFP (request for proposal).

TDS entered the competition.  But Republic didn’t go quietly into that good night.

After learning that the city council had voted to enter into negotiations with TDS, Republic “proceeded to court the citizens by offering rates that undercut TDS’s pricing.”

“A few days before the council vote to agree to sign the contract with TDS is when the aggressive Republic robocall campaign began,” the paper reported.  “It lasted approximately three days, residents say, with three to six calls per resident per day, according to an informal census taken around town.”

“Republic’s robocalls,”  the article noted, “urged residents to call their city councilperson and urge him or her to reject the to-be-signed contract with Texas Disposal Systems (TDS) so that residents can enjoy Republic’s new, lower pricing for that city’s trash collection contract.”

Then-Councilman Clayvon James Rose said at the time that Republic began offering prices so low “they were cutting TDS’s throat.” Which led one resident to observe…

“All of a sudden, after charging me so much over all these years, we find out that (Republic) really can charge just half.”

Yes, competition will have that effect!

“In addition to employing robocalls,” the story continued, “Mertzon citizens said Republic papered the town with 8.5 in. x 11 in. flyers with each city council person’s phone number printed on it to urge citizens to lobby their city representative to favor Republic.”

Apparently Republic Services is quite capable of playing hardball and competing for business when it wants to…or is forced to…including lowering its prices.

Despite the full-court press and public relations barrage, council members inked the deal with TDS.

Which brings us back to Las Vegas…

What we’re saying is that a 15-year contract extension worth over a billion dollars shouldn’t be rubber-stamped by the Las Vegas City Council without a competitive bidding process.

As Michael Corleone so famously put it, “It’s not personal; it’s strictly business.”  And after reading about the “trash war” in Mertzon, we’re quite confident that Republic Services is quite capable of competing for our business.

Make us an offer we can’t refuse.