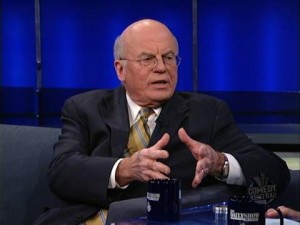 (Las Vegas, NV – May 14, 2012) – The 2012 Conservative Leadership Conference announced today that Richard Viguerie has been chosen as this year’s recipient of the event’s “Reagan Legacy Award.”

As the “Funding Father of the conservative movement,” Viguerie motivated millions of Americans to participate in politics for the first time, greatly expanding the base of active citizenship. He is our era’s equivalent of Tom Paine, using a direct mail letter rather than a pamphlet to deliver his call to arms. George magazine credited this as one of the defining political moments of the 20th century.

Viguerie’s advertising firm has mailed more than 2 billion letters over the past 42 years. Ronald Reagan’s 1968 campaign manager Cliff White and journalist William Gill wrote in their book Why Reagan Won: “In every election from 1966 onward, the Viguerie Company and its score of imitators…brought information to millions of Americans; information that quite often the people could not obtain from newspapers or television or mass-circulation magazines.”

Viguerie is the current chairman of ConservativeHQ.org and the owner of American Target Advertising, a direct mail fundraising firm. He was chosen for his lifetime of devotion to and leadership within the modern-day conservative movement. Richard is scheduled to speak at the conference on Friday afternoon, June 8 and will be honored at the annual Conservative Awards Luncheon on Saturday.

The 5th annual CLC is being co-hosted by Citizen Outreach and Americans for Tax Reform and will be held this year at the Plaza Hotel & Casino in downtown Las Vegas. Don’t delay – register today! Click HERE