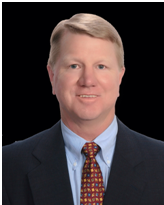 (Jim Marchant) – Last week Gov. Sandoval’s Establishment Front Group “Nevada Jobs Coalition” on behalf of Glenn Trowbridge put out a mailer hit piece on me.  They said I owed $126,650 in back taxes, fees and late fees.

This is an outright bald face LIE. I do not owe any taxes, fees or late fees.

They derived this number from the Secretary of State website. I purposefully let a corporation lapse back in 2002 because I didn’t need it anymore and now the reinstatement fees IF I wanted to reinstate that corporation are $126,650. What a bunch of SLIMY LIARS.

They know it but lied anyway. Because they think the majority of the citizens of Nevada are idiots, they know they can get away with it.

This is why our country is in such bad shape. Hardly anybody has any integrity anymore.

From that day forward Clinton signaled that it was OK to LIE. Only the corrupt weak minded among us took it to heart. Unfortunately there are many weak minded reprehensible lowlifes among us.

This is why this election both nationally and locally is critically important. If we get this election wrong. I’m afraid our once great State and Country will not survive.

This is one of the main reasons I am running. I can no longer sit idly by and watch our nation be destroyed by corrupt, slimy organizations like Nevada Jobs Coalition. We must defeat them. Candidates like me desperately need your support when we fight them. Please help when needed.

Both the Democrat and Republican parties are infested with these scumbags. Please vote out the LYING Establishment pieces of garbage and all of their handlers.

(Mr. Marchant is a Republican running in Nevada’s Assembly District 37)

N&V StaffOctober 4, 2022
Read More
Scroll for more
Tap
Tark, Tax Hike Mike and the NRA
One of the Stupidest Legislators You’ll Ever Want to Meet