Sen. Sasse: He’s Not a Gym Rat, But He is Wrong

Sen. Sasse: He’s Not a Gym Rat, But He is Wrong
N&V Staff 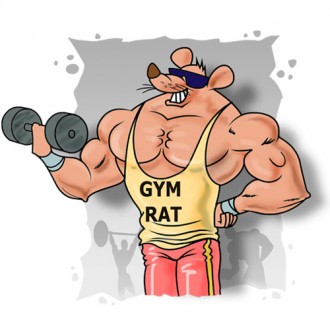 (Chuck Muth) – The August 6th FOX News debate may have been the turning point that set Donald Trump on the path to the Republican nomination for president.  It was America’s first look at the “political” Trump on a national stage against more than a dozen seasoned political professionals.

And, as the kids say, he crushed it.  And he went on the crush the entire field in the GOP primaries.

Still, there are deniers and doubters among the Republican establishment class.  And, to be perfectly honest, among many average voters.

But depending on how many such fence-sitters watched Megyn Kelly’s recent interview with Trump on FOX News, that may turn out to be the turning point that puts him in the White House.

For the first time many voters got to see the other side of the “two Donald Trumps” that Ben Carson referred to a few weeks back.  He made peace with a former adversary and was poised, personable and gracious.

Here’s the thing:  Everyone’s known Hillary Clinton for decades.  No great shift in opinion about her is going to occur, especially among Bernie Sanders supporters.  The opposition to Hillary is set in stone.

On the other hand, Trump is new to the political stage.  He still has the potential to change some of the perceptions about him going into the fall campaign.  And if his interview with Kelly is any indication, he’s going to successfully do so.

Still, there are some “never Trumpers” out there.  One prominent member of that club is Nebraska Sen. Ben Sasse.  But keep in mind, Sasse is one of legions who Trump thumped personally during the primaries.

Recall that just prior to the Iowa caucus, Sasse started a fight by tweeting at Trump: “You brag abt many affairs w/ married women. Have you repented? To harmed children & spouses? Do you think it matters?”

In response, Trump unloaded on Sasse as only Donald Trump can:  “@BenSasse looks more like a gym rat than a U.S. Senator.  How the hell did he ever get elected?”

So let’s acknowledge that Sasse’s opposition to Trump is at least as much personal as ideological.

That said, in response to a question I posed to the senator at a private dinner recently in DC, Sasse repeated his position that he cannot support the Republican nominee for president, maintaining he was looking out for the long-term interests of his young children.

How on God’s green earth can anyone, especially a conservative, think four, or maybe eight, years of Hillary in the White House is in the best long-term interest of his kids?  Or mine.  Or yours?

I don’t think Ben Sasse is a gym rat.  I do, however, think he’s dead wrong.  #NeverHillary.