Seriously? Robert Francis O’Rourke Wants to Take Our Guns? Come and Get Them, Little Man

The gospel according to Robert Francis O’Rourke: 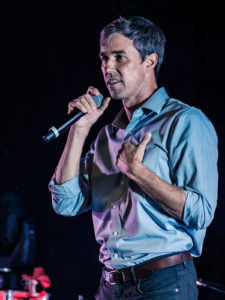 “Hell yes. We’re going to take your AR-15, your AK-47. We’re not going to allow it to be used against fellow Americans anymore.”

What a schmuck.  In fairness to our favorite fake Mexican, however, at least he’s honest about it.  Slicker politicos would never admit it.

They would not admit it because my neighbors and I would turn our AR-15s on them. That’s why the Second Amendment to the Constitution exists in the first place—so an oppressive government cannot ruin our country.

The left HATES guns.  It has a firm belief that anybody who owns a gun must be a terrorist.  Or the police.  Or their private security guards.

They think that guns kill people.  Cars, Ryder trucks, diesel fuel, fertilizer?  Not so much.

Back when Chuck Schumer was just a Congressman (and the space between he and a TV camera was STILL the most dangerous place to be in Washington) he made a critical mistake with a witness in a hearing on gun control.  Suzanna Hupp was testifying because she was with her parents at the Killeen, Texas, Lubys’ Cafeteria in 1991, when a shooter killed both of her parents.  She had consciously left her weapon in her car.

When she testified in front of Chuckie’s committee, she was asked what sporting purpose a particular weapon had.  Her answer:

“I know I’m not making myself popular here. But the Second Amendment is not about duck hunting. It’s about our right—all of our rights—to protect ourselves from all of you sitting up there.”

Twenty-Eight years after the shooting, her popularity should be at an all time high—at least among sane people.

The simple fact is that no law, no rule, no regulation passed by some overstuffed, egotistic politician masquerading as a Congressman or a Senator—or worse, some nameless, faceless bureaucrat—will stop some nutcase from waking up one morning, taking anything which can be used as a weapon and using it to kill people.

No background check will save a life.

No weapon ban will stop a shooting.

No confiscation will stop the use of anything to kill someone.

We probably could work around the edges, but the left has some shibboleths which prevent anything like that from happening.

One of those shibboleths is that guns kill people.  It was never true and will never be true.

If you put a gun in plain sight and surround it with people, it simply will never stand up by itself and kill someone.  That takes a person who, for whatever the reason, picks the gun up, aims it and bulls the trigger.

But the left wants to blame a marvel of engineering as opposed to the moron who picks the gun up and kills someone.

Another shibboleth of the left is that law abiding people cannot be trusted to possess guns.  That somehow, owning a gun will turn a perfectly normal person into a bloodthirsty criminal.

Do they have empirical evidence?

In fact, most evidence points the other way.  Whatever else you can say about criminals and even crazy people, they tend not to shoot up places where they might get shot first.

How many mass shootings (as the left is wont to call them) happen in cop bars, as an example?

Now, we’re never going to convince most of the lefty nutcases with words.  Which is why James Madison made sure we have the law on our side.  And now we have a Supreme Court which has said that gun ownership as a matter of self-defense is a right granted by God and not government.

The crazier the left gets, the more it plays into our hands.

You want to confiscate guns from law abiding people?  Come and take them.  Speaking for little guys everywhere, see what happens.